Tiwari tries to tell Angoori not to do so, but the next morning, she is sitting with a gun ready to start a war. 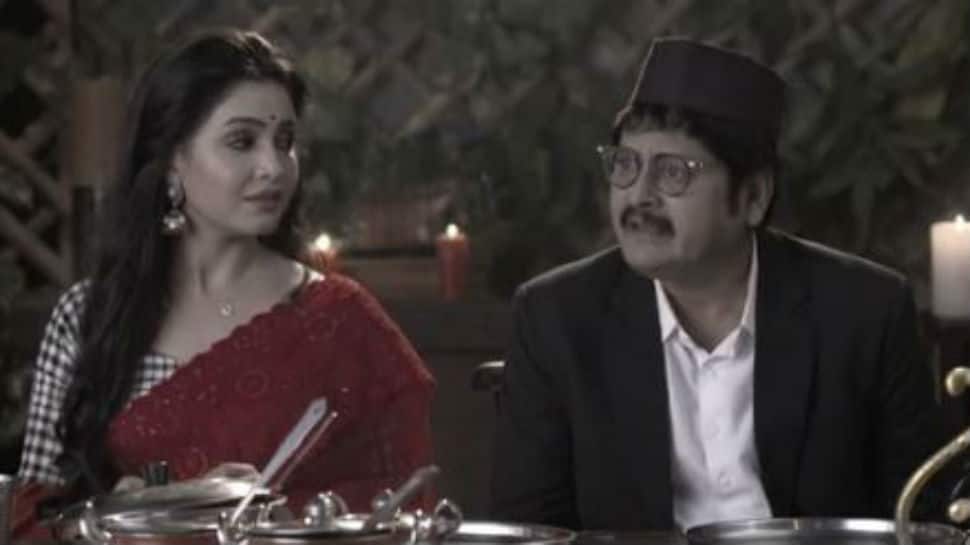 In the earlier episode of 'Bhabi Ji Ghar Par Hain', Adbhut Saxena, the great grandfather of Saxena, tells everyone that Tiwari used to flirt with Anita in the 1920s while teaching her Hindi. He also reveals about a group of revolutionaries led by Kranti Narayan who used to live in Modern colony in the same year. Anita gets angry with Vibhuti for flirting with Angoori while Angoori too also is upset with Tiwari for flirting with Anita. Adbhut Saxena tells them a story of what happened in 1920 when Anita and Vibhuti invited Anogoori and Tiwari to their house for dinner.

In Wednesday' episode, Kastoori and Pudinalal go to Lady Anita’s house for dinner. Kastoori says her husband Pudinanath has not eaten any food all day just to have dinner with Lady Anita. They are told Lord Hipdonald has gone hunting and won’t return till late. Victor Das, Anita’s husband feeds her food with his hand.

Adhbut Saxena and his revolutionaries get a message from Kranti Narayan. He tells them to take an expensive diamond from another Indian to fund their revolution. However, Lord Hipdonald shows up and takes the expensive gem to keep with himself. Adbhut Saxena and his fellow rebels reach late and realise the gem is stolen.

Lord Hipdonald reaches his house and finds Kastoori and Pudinanath eating dinner at his table. He insults them and makes them leave his house. Then he asks Victor Das, Anita’s husband to polish his shoes. Victor Das is upset that Anita didn’t do anything to stop her brother Lord Hipdonald. Kastoori is also upset with the Britishers.

She decides to join a gang of rebels. Tiwari tries to tell her not to do so, but the next morning, Angoori is sitting with a gun ready to start a war. Victor Das shows up with Adbhut Saxena and the other rebels. He introduces himself as Kranti Narayan. Will Kastoori start a revolution with Victor Das? Stay tuned to find out.