Both the ladies tell other revolutionaries that Kranti Narayan has asked them to take the diamond and runaway. Lord Kayar follows the ladies and is about to shoot them. 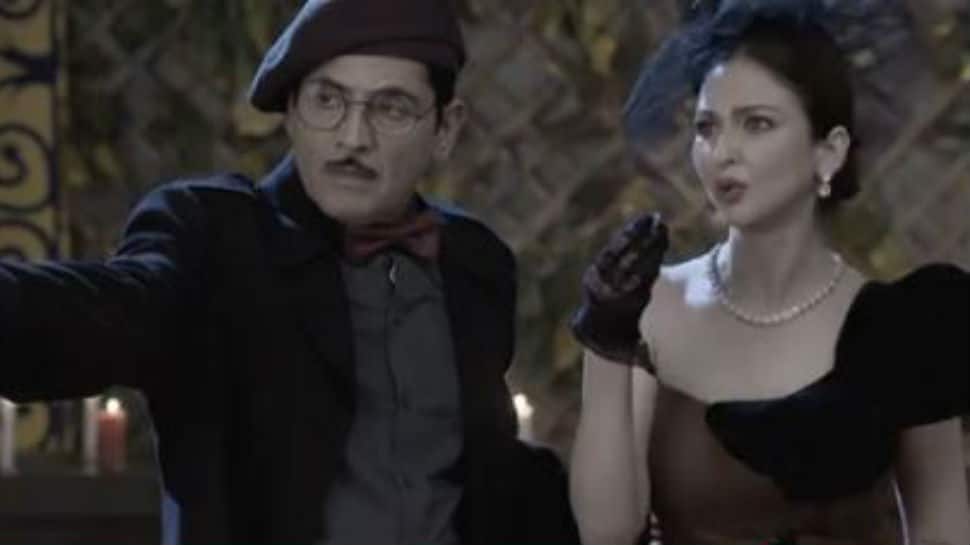 In the earlier episode of 'Bhabi Ji Ghar Par Hain', Kastoori and Pudinalal go to Lady Anita's house for dinner. Adbhut Saxena and his fellow rebels realise the gem is stolen by lord Hipdonald, who earlier went for hunting. Lord Hipdonald reaches his house to find Kastoori and Pudinanath eating dinner at his table. He insults them and makes them leave his house. Kastoori then decides to join a gang of rebels.

In Thursday's episode, Victor Das reveals his true identity of being Kranti Narayan. Kastoori says that he inspired her to join the revolution. Kranti Narayan tells his fellow members how Kastoori saved 25 revolutionaries by killing the Britishers.

This conversation is heard by Lady Anita and Pudinanath when they come there. Lady Anita says that she used to think that her husband is a coward but after knowing his true identity, she feels proud of him. Pudinanath too feels proud that his wife Kastoori is a revolutionary. Adbhut Saxena tells them that Lord Vincent Chochle is visiting India to take the diamond from Hipdonald. Kranti Narayan makes a plan to get the diamond and Lady Anita agrees to be a part of this plan.

Lord Hipdonald makes arrangements for a welcome party for Lord Vincent Chochle. Kastoori enters the party as a dancer and while dancing, she mixes a drug in Hipdonald and Lord Chochle’s drinks. Unfortunately, Doctor Dam notices this and makes everyone alert about it. When Kastoori’s cover blows off, Pudinanath comes there to save her. Just then, Kranti Narayan takes out his gun and points it on Lord Hipdonald. He asks Kastoori and Lady Anita to take the diamond and runaway.

Both the ladies tell other revolutionaries that Kranti Narayan has asked them to take the diamond and runaway. Lord Kayar follows the ladies and is about to shoot them. Kranti Narayan and Pudinanath come there and stand in between their wives and Lord Kayar.

What do you think will happen in the next episode?