The colony is picking out the best couples in the colony. Vibhuti and Anita are the first couple followed by Angoori and Tiwari along with Minal and Anurag. 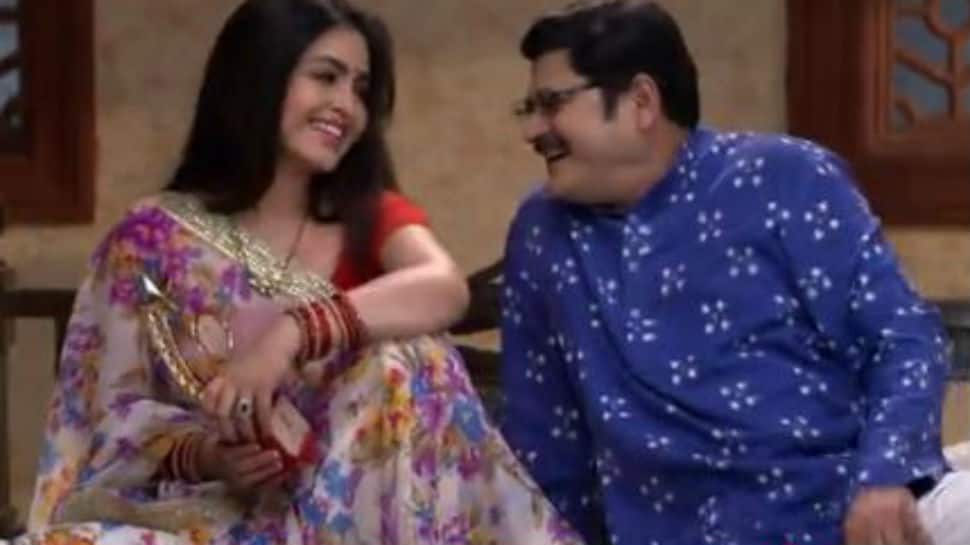 In the earlier episode of 'Bhabi Ji Ghar Par Hain', Tiwari and Vibhuti learn that they have been removed from Uncle Lara’s will. Saxena later finds that Tika, Tilu and Malkhan make fun of Uncle Lara and his crazy challenges and eliminates them too from his will. He then asks Anita and Angoori to divorce their husbands to get the money. Anita and Angoori, however, refuse to do so. Soon, Uncle Lara reveals that he is a mental patient and doesn’t own any money.

In Monday’s episode, the colony is picking out the best couples in the colony. Vibhuti and Anita are the first couple followed by Angoori and Tiwari along with Minal and Anurag. The host asks the couples to tell the audience how to make a marriage work. Minal says that she and Anurag like to roam the world to keep the romance alive.

Angoori says that for a successful marriage the wife should not fight too much with the husband. Tiwari lies about his married life saying he takes care of his wife when she is sick and takes her out on vacations. When Anita goes up she talks about how it is important to be an independent woman to make a marriage work.

When the audience asks questions, they ask Vibhuti is asked how many times Anita has removed him from the house. When they return home, Anita tells Vibhuti she deserves more credit for the award they won. Vibhuti says that Anita is old and no man will pay attention to her anymore but him. This makes Anita upset.

Angoori too tells Tiwari that she contributed more in them winning the award. Tiwari refuses to admit it and says Angoori is too stupid to win anything. Angoori gets upset hearing Tiwari’s insults. Tika, Malkhan and Tilu say they want to move to Canada. Prem Chaudhary shows up and says he can take them to Canada.

Will Angoori and Anita teach their husbands a lesson? Watch the latest episodes of 'Bhabi Ji Ghar Par Hain', now streaming on ZEE5.

Kundali Bhagya August 6, 2019 episode preview: Will Prithvi run away from the wedding?