In tonight's episode, Vibhuti and Tiwari change their houses but end up having a rough time again. 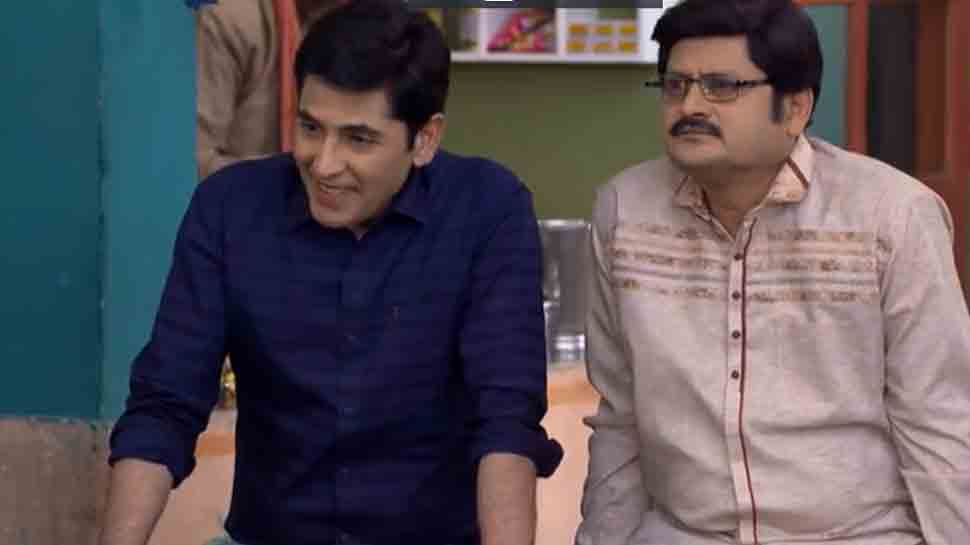 In the June 11 episode of 'Bhabi Ji Ghar Par Hain', Manmohan Tiwari and Vibhuti Ahuti Narayan Mishra leave their houses for a week. Tiwari lives with Saxena who thinks of himself as a farmer and makes Tiwari his buffalo. Saxena makes Vibhuti plough the soil which is the marble of his living room floor. She lashes Vibhuti to get to work.

On the other hand, Vibhuti stays with Tika, Tilu and Malkhan who get a fishy medicine from a baba. This makes them see Vibhuti and Gulfam Kali. This gets them excited and the get on top of Tiwari.

In the meantime, Tiwari and Vibhuti's spouses Angoori and Anita are seen chilling out without their husbands. However, later both ladies are seen missing them too.

Will Tiwari and Vibhuti regret their decision to leave the house and go back home? Stay tuned to find out.

Catch a sneak-peek of the next episode here.

'Bhabi Ji Ghar Par Hain' is a Hindi drama television series starring Aashif Sheikh, Rohitash Gaud, Saumya Tandon, and Shubhangi Atre Poore. The story revolves around two neighbouring couples - Manmohan and Angoori, and Vibhuti and Anita, who live in Modern Colony. Both men are attracted to each other's wives and leave no chance to impress them, which often lands them in funny situations.