The episode shows Vibhuti and Angoori hanging on a tree branch after falling from the cliff. 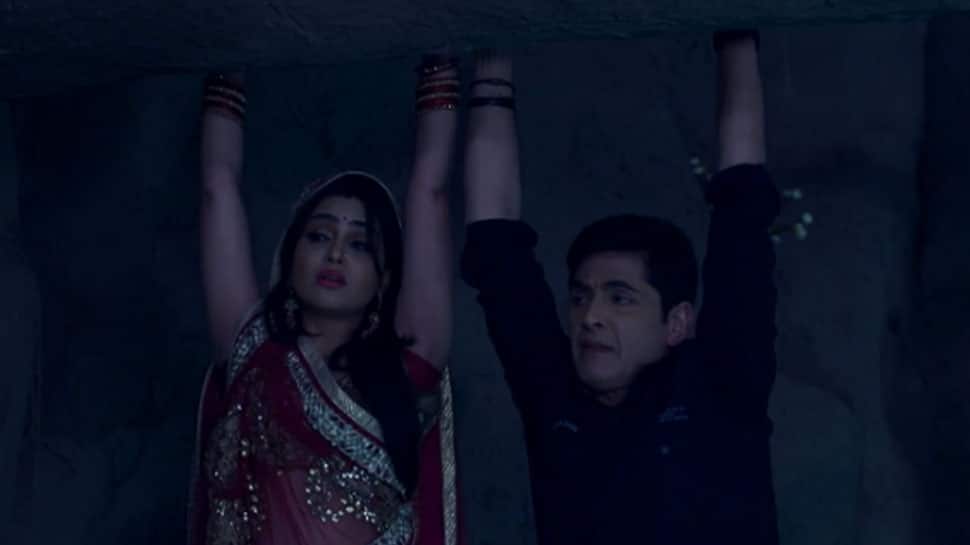 New Delhi: &TV's popular sitcom 'Bhabi Ji Ghar Par Hain' is full of many rib-tickling moments. In the previous night's episode, we saw how Vibhuti Narayan Mishra tries to hold Angoori Bhabhi's hand while she is busy plucking the flower. However, he falls down the cliff and Angoori also falls down with him. Soon, Manmohan Tiwari finds out that both Vibhuti and Angoori are hanging on a tree branch after falling from the cliff.

He rushes to the car so that he reaches the spot on time. But alas! The car's brakes do not work.

Tika asks Tiwari to scratch his back. Tiwari initially refuses to do so but gives in when Tika says that it might throw the car off-balance. Angoori calls up to tells Tiwari that she won’t be able to hold on to the branch much longer. When she cuts the call, Amma climbs up the cliff with Pandit Ramphal.

Angoori hears someone’s voice and calls out. Amma turns her torchlight and finds Angoori hanging below with Vibhuti. She tells Pandit Ramphal to get rid of his dhoti. She hands it down to Vibhuti and Angoori to hold on to and climb up. Angoori shows Amma that she managed to get some of the herbs back as well.

Tiwari and Tika’s car comes to a stop after spilling water on the commissioner and his wife again. Tiwari finds Happu Singh at the back of his car unconscious. Angoori gives Tiwari the herb and solves Tiwari’s problem in bed. Stay tuned to find out the next crazy adventure on Bhabi Ji Ghar Par Hain.