In the episode, Vibhuti discovers about him being a king. 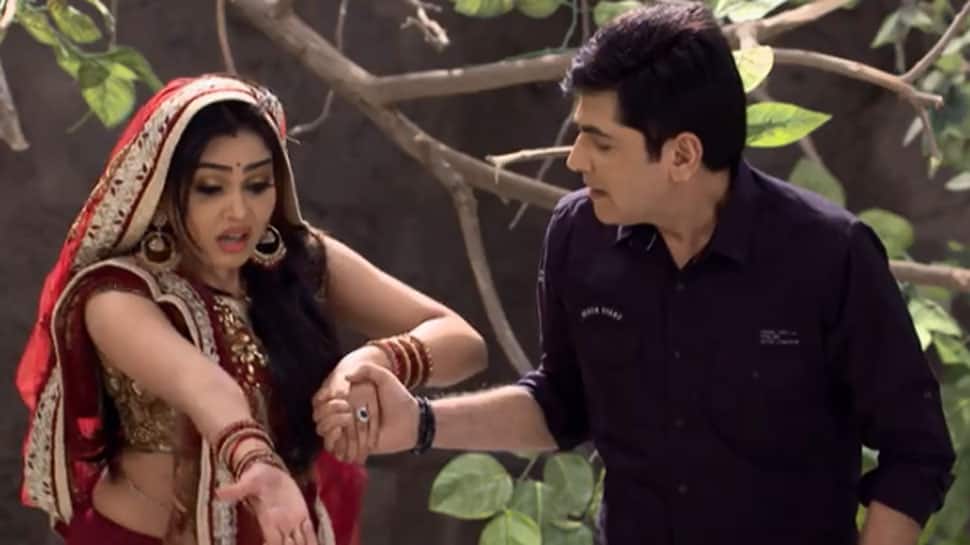 New Delhi: In the upcoming episode of &TV's popular sitcom 'Bhabi Ji Ghar Par Hain', Vibhuti Narayan Mishra, who is hanging on the tree branch along with Angoori Bhabhi dozes off in between and dreams about the latter. Angoori meanwhile expresses her inability to hold on to the branch.

Amid all of this, Amma and Pandit Ramphal can be seen searching the herb and that's when they spot Angoori and Vibhuti hanging on the branch. Amma and Pandit save the two on time.

Meanwhile, Manmohan Tiwari is unable to reach the spot on time as his car breaks down, however, Angoori finds out the herb which solves all the problem.

In the next episode of Bhabi Ji Ghar Par Hain, Saxena is with an old looking king in a temple. Vibhuti is praying in the temple and bends to touch the foot of the idol. Vibhuti’s shirt lifts up as her bends. The man dressed as a king sees Vibhuti’s tattoo on his back. He tells Vibhuti that the sign means he is a king. Tiwari is surprised to read in the newspapers that Vibhuti is a future king, but Angoori is impressed.