In the upcoming episode, king Vibhuti is welcomed back into Modern Colony. 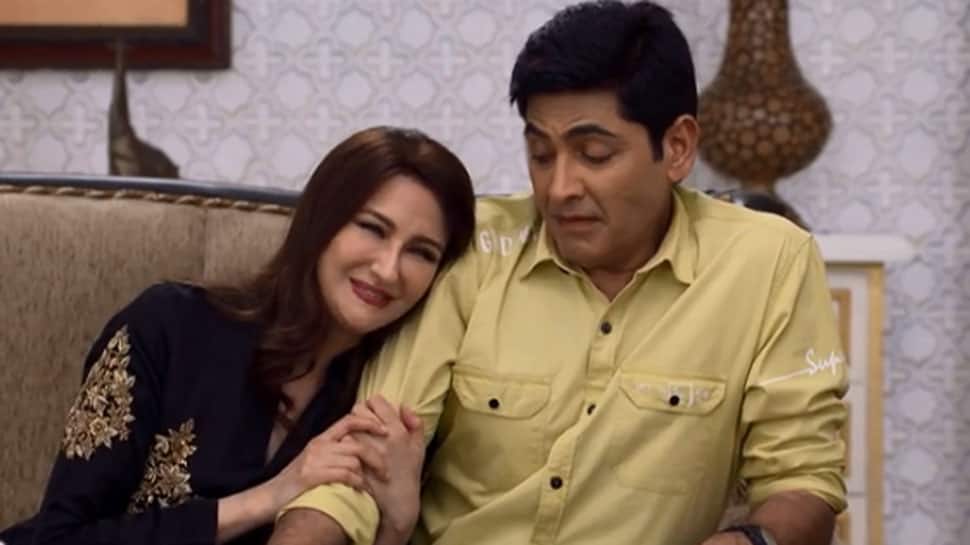 New Delhi: In &TV's popular sitcom, 'Bhabi Ji Ghar Par Hain's tonight's episode, we will see how Anu wishes to not have gotten married to Vibhuti Narayan Mishra and instead accepted the marriage proposal of Royal Prince Rinvijay.

Later, Manmohan Tiwari is seen ridiculing Vibhuti for not having a job in hand and instead calls himself a King. Hearing all of this, Vibhuti feels sad and heads to a temple. He prays before Lord Shiva and discovers about his royal lineage. He comes to know that he is a king based on a mark on his back.

Upon this development, Anu becomes happy to call herself a queen but Tiwari is shocked to see Vibhuti's new royal avatar.

In the next episode, Vibhuti, the king, walks towards his house on a carpeted road so his feet don’t touch the ground. The crowd is dancing around him to welcome the king. Angoori is standing near Vibhuti’s house holding a plate of petals to shower on Vibhuti when he walks by. Vibhuti takes in the praise and enters his house. Later, Anu romances Vibhuti in the bedroom who is dressed up as a king. Stay tuned to find out how Vibhuti rules his kingdom.