In tonight's episode, Vibhuti tries to live the life of a king. 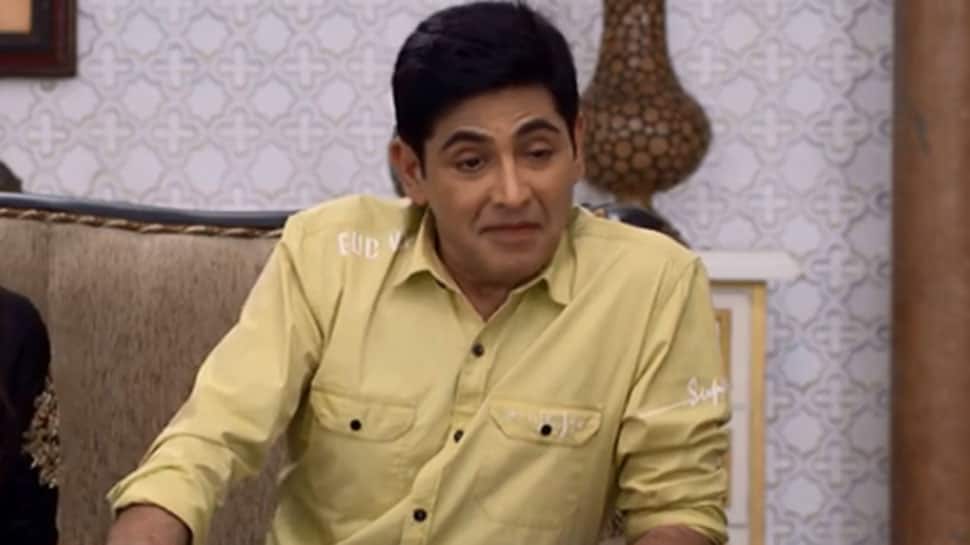 New Delhi: In the episode, we saw how Anu wishes to not have gotten married to Vibhuti Narayan Mishra and instead accepted the marriage proposal of Royal Prince Rinvijay. She tells Vibhu that she married him only because he proposed to her first. After hearing all of this, Vibhuti goes to the temple and prays to god. There, a royal courtier notices a tattoo on his back and realises Vibhuti is a king.

In tonight’s episode, Tiwari reads in the morning newspapers that Vibhuti is a king of a lost kingdom. He refuses to accept this, but Angoori is impressed. Vibhuti enters the colony with his minister Saxena. He is welcomed by everyone in the colony.

People are dancing and celebrating the King’s arrival. Tiwari taunts Vibhuti about not being an actual king. Saxena threatens to burn Tiwari in boiling hot oil. Tiwari doubts if Vibhuti has money to buy oil. The colony goes against Tiwari.

Anu doesn’t find any of her clothes worthy of being a queen. When Anu asks for new clothes, Vibhuti asks her for more money to show he is a king. Anu is tempted by earning crores of rupees later and gives him money. Vibhuti goes to meet Angoori when Saxena shows up saying that they need more money.

Tiwari goes to meet Anu who tries to be superior to him. He makes her call him Maharani and makes him sit on the floor instead of the sofa. Tiwari leaves feeling insulted. When he sees Angoori at night, she tells him how impressed she was seeing Vibhuti as a king. Vibhuti gets angry at her and goes to sleep.

Will Vibhuti be able to live like a king for a week? To find out, watch the upcoming episodes of Bhabi Ji Ghar Par Hain, also available on ZEE5.