Vibhuti holds a darbar in his house. 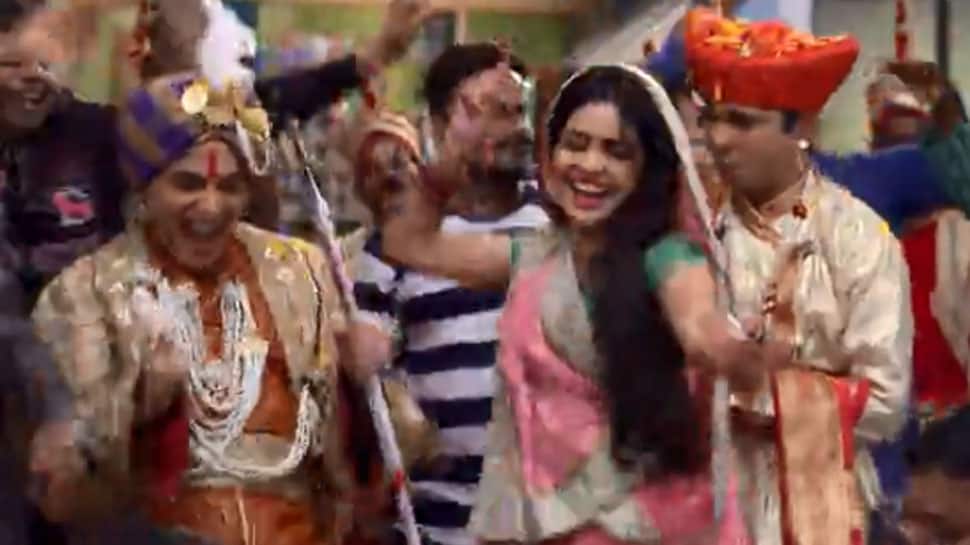 New Delhi: In the episode, we saw how Angoori Bhabhi is impressed after Vibhuti becomes a king. Vibhu is welcomed in his colony as he enters dressed as a king and Saxena his minister. When Tiwari finds them, he ridicules Vibhuti. Anu, on the other hand, is keen on having new clothes to look like a queen.

Vibhuti asks Anu if she can lend him some money to live a kingsize life. And 'queen' Anu makes fun of Tiwari for not being from a royal family. This leaves Manmohan Tiwari angry.

In the next episode, Anu and Vibhuti are trying to get romantic in bed as kings and queens. Saxena interrupts them saying some of Vibhuti’s subjects have come to seek the advice of the king on a few matters. Anu refuses to let Vibhuti. The next morning Angoori sees Vibhuti buying milk for his house.

Angoori praises Vibhuti’s down-to-earth nature. Happu Singh asks Vibhuti to make him his personal bodyguard and asks for a salary raise. Vibhuti avoids the question when Saxena tells Vibhuti that he set up the darbar. Vibhuti tells Tiwari to come to the darbar where he has invited all the poor and hungry people under his rule.

At the darbar, Tika, Tilu and Malkhan ask Vibhuti to give them 5000 rupees but Vibhuti gives them only 500. The doctor asks Vibhuti to give him 10 acres to begin a hospital. Vibhuti promises to give back his the land after checking it himself. Prem Kumar asks Vibhuti to return 5 lakhs he owed him before becoming a king.

Vibhuti says he is not a gunda and ends the court session. When Vibhuti goes to meet Angoori, Saxena insists that he gives Vibhuti a long introduction. Saxena loudly introduces Vibhuti’s arrival in the house. Vibhuti asks Angoori to tell him I love you to welcome him or else he will have to beat up her husband. Will Angoori says I love you to Vibhuti? Stay tuned to find out.

Happy to be part of wave of change: Ali Fazal