Vibhuti steals Anu’s jewellery to feed the hungry people. The next morning Anu cries about her jewellery being stolen. 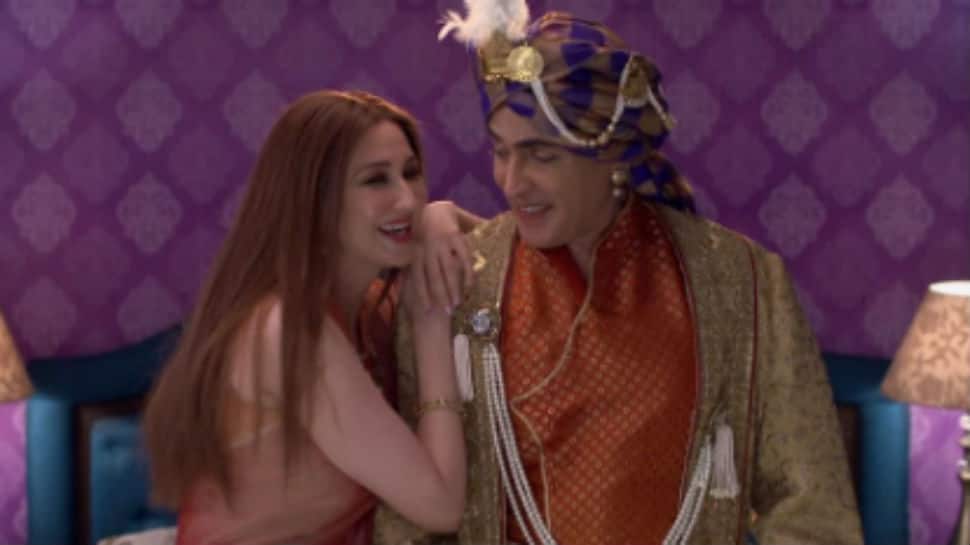 In the earlier episode of 'Bhabi Ji Ghar Par Hain', Vibhuti holds a darbar in his home, which he turns into a court and invites the poor and hungry. During the interaction, the people ask money from him. Vibhuti later shuts the darbar after his friend asked him to return a loan of Rs 5 lakh. Soon, Vibhuti goes to meet Angoori and asks her to say 'I love you' every time she sees a king.

In Friday’s episode, Vibhuti is waiting to Angoori to say I love you, but Saxena interrupts him. He tells Vibhuti that the horses he asked for are all making a mess on the road. A lot of people have slipped on the horse’s pee and been injured. They are all demanding money for their treatment from Vibhuti.

Later Vibhuti returns home and finds Anu upset since they don’t have money for rent. He promises her that they will live in a palace soon and asks for more money. Saxena enters the room and informs Vibhuti that the arrangements for alcohol worth 10,000 rupees was made. Anu gets angry and Vibhuti quickly leaves.

When Vibhuti returns home, Anu is asleep. He is worried how he will pay money for feeding hungry people outside the temple. He steals Anu’s jewellery to feed the hungry people. The next morning Anu cries about her jewellery being stolen. When Tiwari shows up to meet Anu, Vibhuti makes fun of him and makes him leave the house.

Vibhuti goes to meet Angoori when the minister who informed Vibhuti that he is a king returns. He says Vibhuti’s swearing-in ceremony will be in two days and asks if the horses are ready. The horse is unwell and can’t digest any food. Saxena asks for more money to get a vet from Delhi. Will Vibhuti end up becoming a king? Stay tuned to find out.