The channel added another feather in its cap as its original offering Holi special line-up 'Faguaa' went on to top the viewership charts as the undisputed leader in the Bihar, Jharkhand and Purvanchal region. 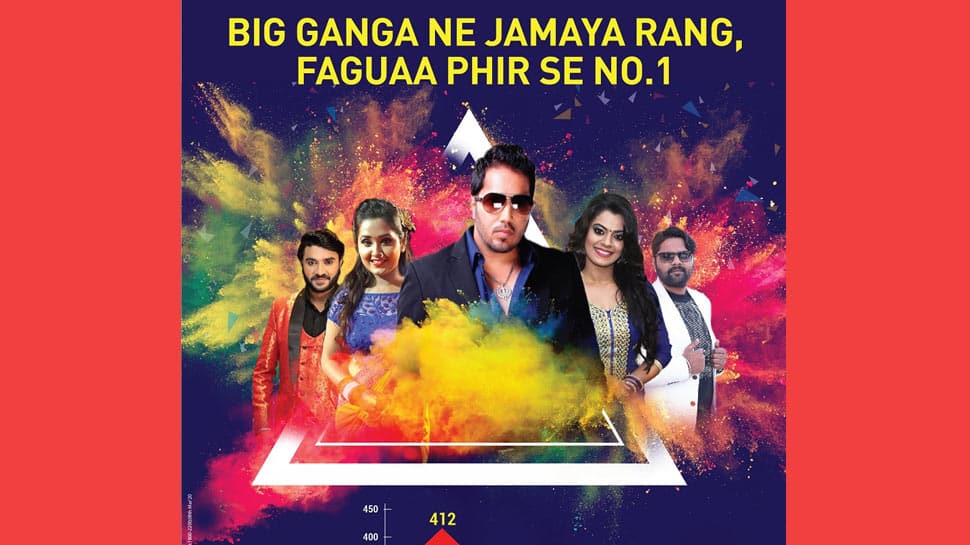 Continuing to set new benchmarks in the industry by curating its content offerings as per the needs of its audience, Big Ganga, the no.1 Bhojpuri GEC channel, once again proves that no one knows their audience better than them.

The channel added another feather in its cap as its original offering Holi special line-up 'Faguaa' went on to top the viewership charts as the undisputed leader in the Bihar, Jharkhand and Purvanchal region. With an unprecedented viewership of 421(000) (BJ U+R; CS2+; Reach'000s, Faguaa: 1900-2200; 09-03-2020, Prev 8 wks: wk02-09'20) – Source BARC, the channel led the pack amongst its competitors in telecasting originals, all in a similar time-band on March 9, as Jogira Sa Ra RaRa Holi Party raked in viewership of 313(000), whereas Holi Live Musical Night event telecast garnered a viewership of 105(000).

The resounding impact of the festive event's telecast saw Big Ganga's slot reach rise by 63%. The reach over the previous 8 weeks stood at 2508 (000) while the Holi special propelled the channel's reach to 4085 (000). Offering it a national yet local relevance to the festivities, the channel roped in popular singer Mika Singh while popular singers from the region like Chintu Pandey, Nidhi Jha, Kajal Raghwani and Samar Singh gave the event a personal and local touch.

With a healthy mix of some blockbuster Bollywood tracks and Punjabi songs clubbed with regional chartbusters, the musical evening was a huge hit that witnessed the urban, non-Bhojpuri, as well as the rural Bhojpuri audience, rejoice in this universal celebration of music.

Big Ganga has been enhancing and enriching regional pride through its new offerings. Adding to the excitement and keeping its audiences entertained, the channel will also be coming up with its most-awaited reality show Memsaab No 1. This highly-popular talent-based reality show in the region is one that enables participants to showcase their talent and with its 10th season will be seen with a novel twist in the format. With its unique format and content, the show is sure to enthrall and entertain audiences along with raking in high participation numbers.