Popular TV actress and Bigg Boss 11 winner Shilpa Shinde and fellow contestant Arshi Khan had a mini-reunion on Sunday. Arshi shared the picture on Instagram along with an adorable caption. 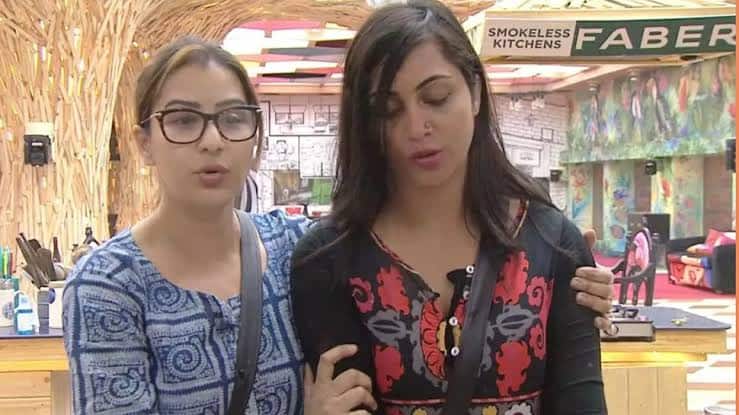 New Delhi: Popular TV actress and Bigg Boss 11 winner Shilpa Shinde and fellow contestant Arshi Khan had a mini-reunion on Sunday. Arshi shared the picture on Instagram along with an adorable caption.

Sharing the pic, Arshi wrote, "Jab we met." In the pictures, Arshi is seen in a navy blue top while Shilpa looks cute as ever in a black jacket.

For the unversed, Shilpa and Arshi were two most controversial contestants in the Bigg Boss season 11. They were also the BFFs of the season. Interestingly, Shilpa and Arshi hit it off immediately but things went kaput between them and their friendship had hit a rough patch. From badmouthing each other to calling each other names, the actresses indulged in all sorts of nasty games against each other but soon reconciled and resolved their differences.

Post the show, their equation improved and are often seen spending time together. The Bigg Boss season 11 was one of the most entertaining seasons of all time. With the TRPs skyrocketing, the season earned a humungous fan following. Apart from Shilpa and Arshi, the show also featured TV actress Hina Khan and producer Vikas Gupta.

Shilpa and Vikas' banter on the show was one of the takeaways while Hina Khan's antics made her one of the finalists.

The reality show Bigg Boss is currently running its thirteenth season with interesting names from the TV industry as contestants such as Rashami Desai, Sidharth Shukla, Devoleena Bhattacharjee and Vishal Aditya Singh to name a few.