The Bigg Boss 13, Weekend Ka Vaar episode takes an interesting twist wherein the family members of the housemates are called up as the panelists to discuss their viewpoints. 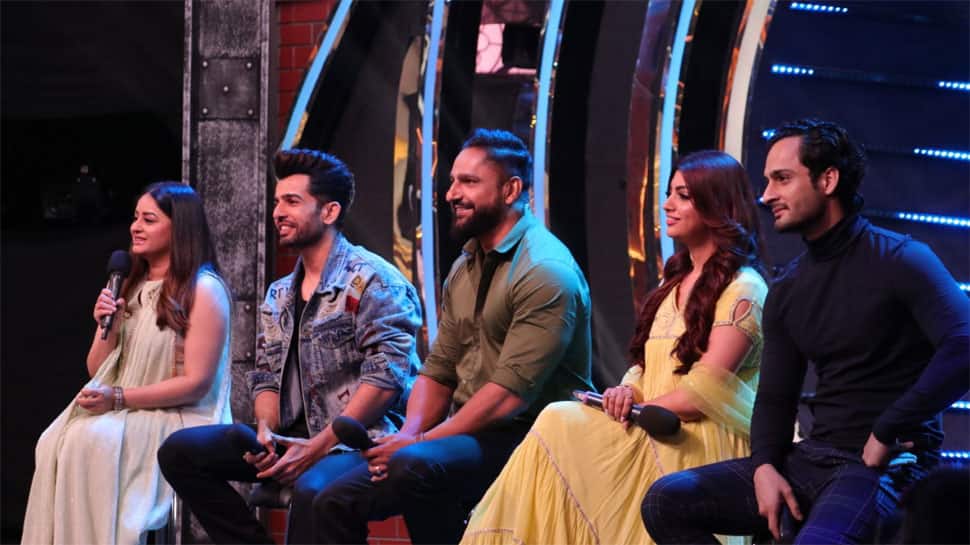 New Delhi: After a serious discussion on behaviour and conduct of several housemates inside the Bigg Boss house, Salman announces that Rashami and Sidharth Shukla are safe but informs that Devoleena and Aarti that they have been evicted. He adds a twist by saying that they will have to wait until the end of the episode to leave the house.

Salman then assigns them a task where they have to burst the ‘ Galat Faimi Ke Gubbare’. While Mahira seeks revenge from Shefali for criticizing her lips, Sidharth Shukla bursts Asim’s balloon clarifying that he never tries to put Asim down in front of others. This task resolves a lot of issues and frustration is vented out.

The episode takes an interesting twist wherein the family members of the housemates are called up as the panelists to discuss their viewpoints. Jay Bhanushali and Mahhi Vij speak in support of Sidharth Shukla whereas Akansha Puri and Parag Tyagi support their partners Paras and Shefali respectively.

Umar Riaz, on the other hand, represents his brother Asim. Jay clarifies that Sidharth is portraying his real self in the house and he doesn't like double-faced people. Even Rashami’s friend Mahhi says that Rashami is somehow losing focus from the show because she is only targeting Sidharth Shukla.

Parag and Umar criticize Paras for playing a dirty game and even Salman agrees to it. After the family members stand by their relatives and friends, Ranvijay Singh visits the Bigg Boss contestants to give them a special treat and speak about MTV's Biryani Campaign.

Rannvijay Singha gives them a task called BB Ke Sitare wherein contestants have to participate in pairs and select a person from the house who they think don't deserve to be on the BB Sitare wall, tearing their poster creatively.

He selects some odd pairs and contrasting personalities Mahira and Himanshi, Paras and Sidharth, Shehnaaz and Shefali and so on. During Mahira and Himanshi turn, one takes Paras’ name, the other takes Rashami’s name. They finally agree upon Asim's name and throw his poster in the dustbin. Shehnaz and Shefali argue on Paras and Rashami’s name and finally throw Himanshi’s poster in the dustbin. The winners of the game get to relish some lip-smacking Biryani. Wishing the contestants good luck, Ranvijay makes an exit from the house.

He then meets Salman on stage and explains MTV's initiative to make Biryani an emoticon and asks Salman to support the cause. He also shares a special incident from their shoot days of 'London Dreams' when Salman like always, played a good host and would often host dinner parties for him and Aditya Roy Kapur.

After Rannvijay's exit, Salman introduces 'Who said what' task wherein contestants have to guess the name of the housemates who made the given statement about them and spray their face with foam. Salman tells Shefali that someone from the house said that they don't like the way she sits with Asim. Shefali says that Paras is the only one who can pass a comment of this nature and is proven right. Sidharth is told that a contestant said, everyone has to agree with him always otherwise that person is wrong. He doubts Aarti and turns out he is correct.

Later Salman asks Devoleena and Aarti to go out and wait at the main door for 10 mins, the door will open and a hand pull the evicted contestant out of the house.  However, nothing of the sorts happens and it turns out to be a prank.