'Bigg Boss 14': The fate of Abhinav Shukla, Shehzad Deol and Jaan Kumar Sanu will be decided by the freshers. 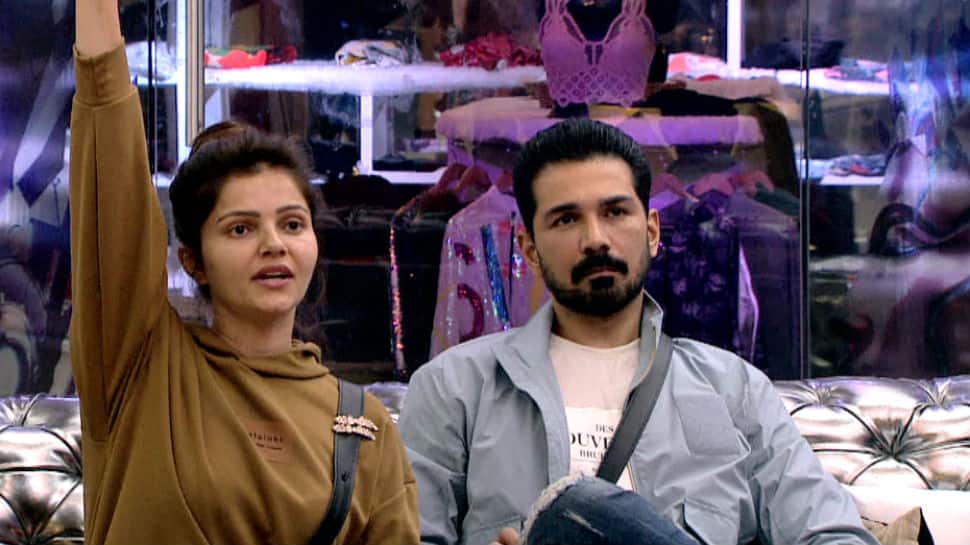 New Delhi: This Weekend Ka Vaar episode of 'Bigg Boss 14' had a dramatic opening as Rubina Dilaik gets very upset and refused to be part of it. She gets irked with a task given by Bigg Boss and also says that she doesn't have enough clothes to wear during the Weekend episode.

Before Salman Khan enters, the contestants are given a task where Nikki Tamboli and Rubina are made to stand against each other and others have to tell who has more trash in their head. Rubina gets offended and refuses to participate in the task and questions Bigg Boss for giving a task of this nature.

Other contestants in the house try to make her understand that it is just a task and she should do it in a good spirit but Rubina refuses to bow down. Soon, Salman Khan enters, meets the contestants, and interacts with Rubina.

He reprimands Rubina for questioning Bigg Boss' challenges while she expresses her concerns. Salman explains to her that it's a game and she should adjust to all the tasks and challenges thrown at her in the game. However, Rubina seems to be in mood of giving up. She argues back and Salman eventually loses his calm and asks her to decide if she wants to be in this game or not.

After a long discussion, Rubina agrees to play the game and things settle down.

Later, the contestants are given a chance to make an individual choice and put one person in the kathgara and ask him/her for a justification for his behaviour.

When Eijaz Khan enters the kathgara, Jasmin Bhasin accuses him of being intimidating while doing the task and crossing the line. Eijaz justifies his act by saying that was his psychological tactic to win the task.

After the segment, Salman announces that Abhinav Shukla, Shehzad Deol and Jaan Kumar Sanu are in the bottom three and one of them will leave the house on Monday. However, Salman introduces a twist in the episode, where he announces that the freshers have to decide amongst themselves and name one contestant who doesn't deserve to be in Bigg Boss house.

Check this space for all the latest updates on 'Bigg Boss 14'.

'Bigg Boss 14' will air every Monday to Friday at 10:30 pm and Saturday-Sunday at 9 pm only on Colors and watch before TV on Voot Select.