On the Weekend Ka Vaar episode, Salman Khan lashed out at Pratik Sehajpal for his explosive behaviour and asked him to change. 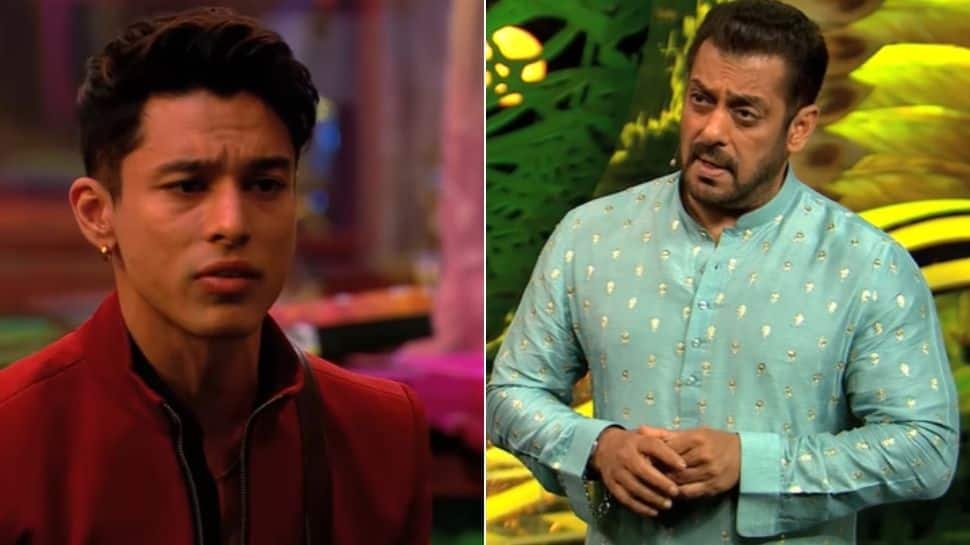 New Delhi: In the Weekend Ka Vaar episode of Bigg Boss 15, there was a lot of laughter, drama and intense moments as Salman Khan interacted with the contestants and asked them pressing questions.

However, first, let's take a look at what happened in the house during the day. The day began with the captain of the house Shamita Shetty assigning duties to housemates. While doing so, she irks Afsana Khan who gets furious at the actress.

Because Shamita asked Afsana to wake up earlier, the latter announces that she has a problem with people speaking in English in the Bigg Boss house. The singer begins raising her voice and this triggers Vishal Kotian who then hits back by saying that he has a problem with people speaking in Punjabi in the show. Afsana gets into a screaming match with him only to apologise later.

Umar Riaz also asks her to talk about a newer topic and not rehash old qualms. She trolls him by saying that 'Tu kuch nahi kar sakte, tu doctory kar'. To this Umar says that while she was at home during the COVID outbreak, he had to be on the frontlines helping people.

Finally, Salman Khan makes a smashing entry and interacts with the housemates. He jokingly compliments Karan Kundrra nose hair and calls it good growth. He also jokes around with Shamita and teaches her Marathi teasing her with Raqesh Bapat.

The actor then grills Pratik Sehajpal for his explosive fights, violence and actions in the past week. He asks him if he has come on the show to break the set and abuse people.

He gets immensely angry for the incident where Pratik had removed the bathroom lock when Vidhi Pandya was taking a shower. Salman questioned him if he would do the same for the actor's mother and his sister and warned Pratik of the consequences if he were to do that.

His words were certainly an eye-opener for Pratik and fans hope the latter doesn't make the same mistakes again.

Rakhi Sawant also entered the show to spice it up with her entertaining antics.

Towards the end of the show, Vidhi Pandya and Donal Bisht are called in the 'Dangal' zone and asked to list out why they're better than the other. Then, they were asked to get into a physical match with each other and drop the other on the ground.

Vidhi Pandya emerges as the winner of the game.

Coming to this week's elimination, we'll have to wait for Sunday's episode to find out who's going home! Who do you think it will be?