All is not well between the former BB contestants. And the two can't see eye to eye after Hina supported her friend Priyank Sharma, who had an altercation with Vikas sometime back. In the latest, the TV producer has taken a dig at the actress and asked her not to drag fans into their fight. 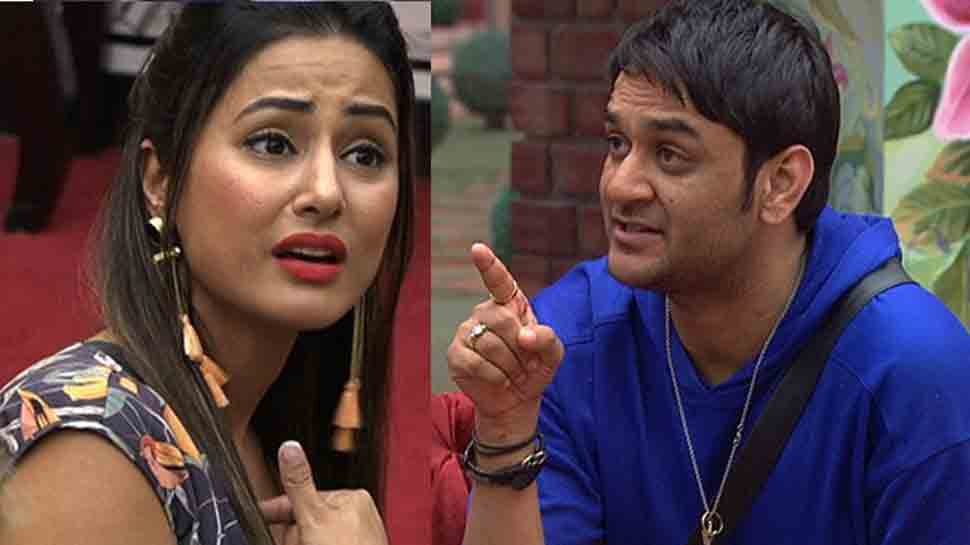 New Delhi: Former Bigg Boss contestants Hina Khan and Vikas Gupta became buddies and bonded overtime after the show wrapped up. Pictures of them catching up with each other often surfaced on social media. However, their relationship turned a bit sour after Vikas had a huge showdown with another Bigg Boss contestant of season 11 Priyank Sharma.

Vikas and Priyank reportedly had a major altercation at a hotel, news of which also surfaced on social media. Hina, who is a friend of Priyank, wrote her opinion in his favour, which apparently irked Vikas.

What followed next was Vikas unfollowed Hina from all social media networks. Recently, a fan pointed out and thanked her for unfollowing Vikas on Twitter and even asked her to do the same on Instagram. However, Hina dismissed the claim and clarified it saying, "I haven’t unfollowed anyone.. I don’t do all this.. cheers."

She later deleted the tweet but the television producer wrote down a cryptic tweet, in a clear dig at the onscreen 'Komolika', saying, "No I don’t accept your Apologies. Showing something else to your fans and on social media and stop This follow Unfollow game. Please stop it and stop dragging Fans in all this. I am what my #Lostsouls can see on or off social media. Imperfect, Emotional & Honest."

Well, it would not be wrong to say that during her stint in the 'Bigg Boss 11', Hina made many friends as well as frenemies but it was her equation with Vikas that kept on changing from time to time.

Hina was last seen in Ekta Kapoor's 'Kasautii Zindagii Kay 2' in the role of a vamp and she managed to impress everyone with her performance.

She is all set to make her debut in Bollywood with Hussein Khan's women-centric film titled 'Lines’. She has also finished shooting of her next project 'Wish List'.

On the other hand, Vikas is very soon going to bring the second installment of his MTV show 'Ace Of Space 2'.