After TV actor Pearl V Puri was accused of rape of a minor, many celebs such as Ekta Kapoor, Ishita Dutta, and Anita Hassanandani came out to support him on social media and deemed him innocent of the charges. 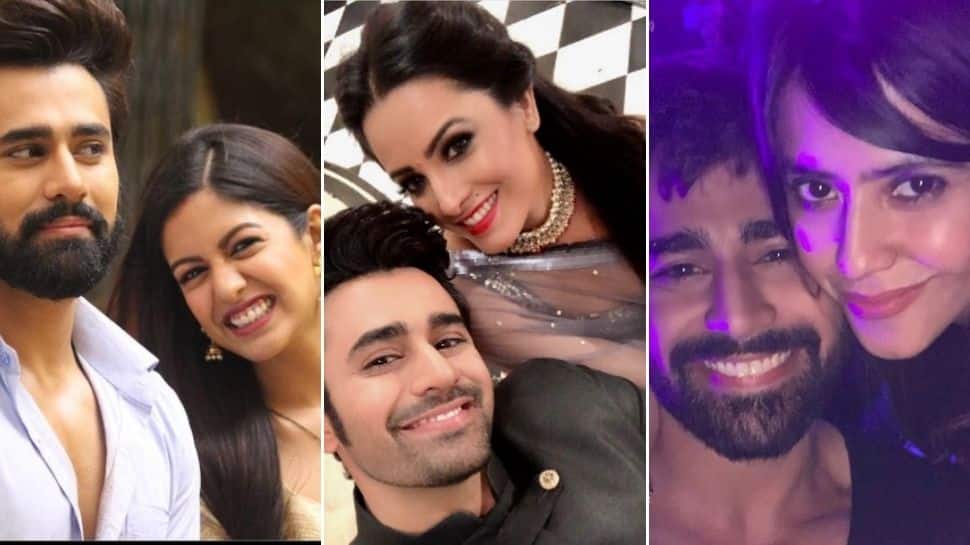 They took to their Instagram handles to announce Pearl's innocence and stated that the allegations made against him were baseless.

Ekta Kapoor penned a long note asking for justice for the actor. She wrote, "Will I support a child molester…or a molester of any kind? But what I witnessed from last night to now, was the absolute low in human depravity. How can humanity go to this level? How can people who are upset with each other, drag a third person into their own fight? How can a human being take on another human being and do this? After various calls with the child‘s/girl’s mother, who openly said that Pearl was not involved and it’s her husband trying to create stories to keep her child and prove that a working mother on a set cannot take care of her kid. If this is true then it is wrong on so many levels!"

"Using an extremely important movement like ‘Me Too’ frivolously, to get your own agendas met with and mentally torturing a child and making an innocent person guilty. I have no right to decide, the courts will decide who is right & wrong. My opinion only comes from what the girl’s mother said to me last night & that is - Pearl is innocent …and it is very very sad if people are using various tactics to prove working mothers are unable to take care of their children, because there are predators on the set", she added.

She further wrote, "I have all the voice notes and messages between the child’s mother and me which clearly points to the false allegations being put on Pearl. The film industry is as safe or as unsafe as any other business. To give it a bad name to get your agenda sorted is the lowest form of low ever. If by chance, Pearl is proved innocent, I request people to look more deeply into how the important & much needed movements in today’s time, are being used unfairly reducing the gravitas of the situation. May justice prevail!"

Many celebs such as Krystelle D'souza, Siddharth Malhotra, Aamir Ali, Urvashi Dholakia, and Vikaas Kalantri commented on her post displaying support for Pearl.

Krystelle D'souza had also taken to her official social media handle to speak out on the issue. She wrote, " I know @pearlvpuri and he is one of the nicest boys I’ve met in our tv industry. A thorough gentleman. Please don’t jump to conclusions on baseless allegations. Let’s wait for the truth to come out.

Actress Anita Hassanandani also showed support for the actor writing: Woke up to some nonsensical news bout @pearlvpuri, I know him! It is NOT true ... canNOT be true.... all lies. I’m sure there is more to it. And the truth will be out soon. Love you @pearlvpuri #ISTANDWITHPEARL"

Actress Karishma Tanna also stood beside the actor and wrote on her Instagram, " Satyamev Jayate. Truth wins and he did win. #gotbail @pearlvpuri."

Following the #IstandwithPearl trend, actor Ankit Mohan took to Instagram to say, "Please do not jump to conclusions, it’s an extremely sensitive matter. Having worked with him, we know such a good human that he is. The truth shall prevail."

Here's actress Tanvi Thakkar's reaction to the rape allegations against Pearl V - "About the news going on that the man has been accused with the charges known to you , I would like to say that they are baseless and completely untrue. So before you judge or pass comments , please wait for the facts because believe you me , there are none."

The younger sister of Bollywood actress Tanushree Dutta, Ishita Dutta also came out in support for Pearl and said that she knows him well-enough to know he's not capable of such a crime. She said, "This news is very very disturbing but I know him well enough to know that something like this Pearl is not capable of doing...I hope and pray this matter is resolved at the earliest."

For the unversed, a minor girl had filed a case against the actor some years back alleging that Pearl took sexual favours from her on the pretext of getting her work in TV.

As per a recent report published in Times of India, Pearl V Puri had been taken into custody and was booked for raping a minor girl and under the section of The Protection of Children from Sexual Offences (POCSO) Act, said Mira Bhayander Vasai Virar (MBVV) DCP, Zone 2, Sanjay Patil.