"Modern Family" navigates the life of members of Pritchett family and won hearts for showing a diverse picture of an American family with themes around a gay couple, adoption, dating, young pregnancy and ethnicity running at its core. 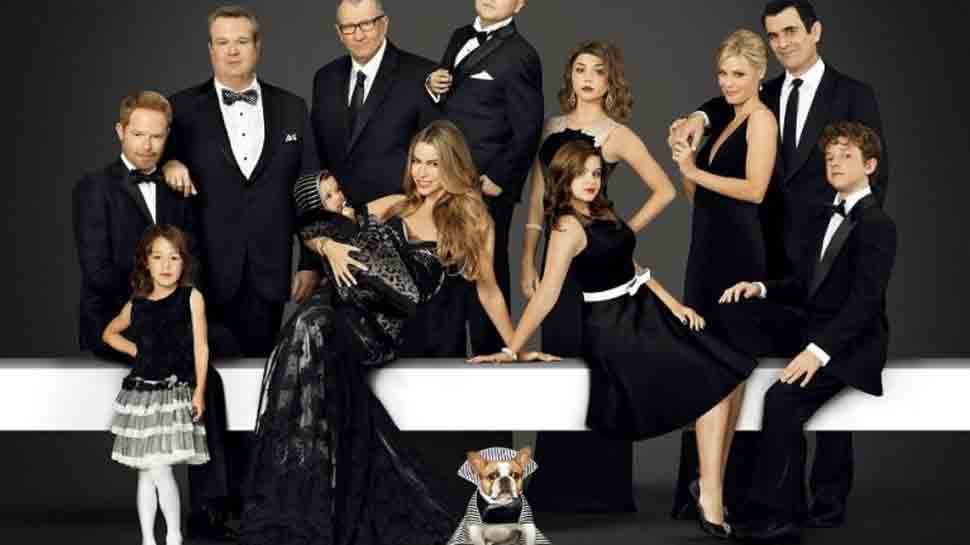 In the series, Mitch is played by Jesse Tyler Ferguson, and Cam is essayed by Eric Stonestreet. The show concluded its eleventh and final season internationally on Wednesday night. The finale showed Mitchell (Ferguson) and Cameron (Stonestreet) moving to Missouri.

Asked if Mitch and Cam going to Missouri gives a potential spin-off idea, Levitan said: "No. At the moment I'm personally not thinking about that."

"I think that there are a couple of writers who are thinking about well, is there a Mitch and Cam spin-off, but they're literally just thinking about it. They're using this time that we have now to think about it if there's something there," deadline.com quoted Levitan as saying.

"I'm not driving this but I'm a huge fan of Jesse and Eric, and those characters are of course near and dear to me, and I certainly think that they're strong enough to carry a show. For me, I really felt that what I needed creatively was to work on something new after working on 'Modern Family' for 12 years and pretty much exclusively," he said.

To this, Lloyd added: "No. We wanted to have them off on a new journey, and it seemed symmetrical to have Mitchell follow Cam someplace and maybe be around Cam's family because Cam had played that role in Mitchell's life for the last 11 years. Cam had this opportunity to do something wonderful and exciting, Mitchell felt okay, that makes my obligation to let him chase his dream, and I will go with him and see what that life is like for me.

"Now having said that yes, it does present a possibility for us. Will that happen? I'm not sure but we would be probably dumb to not explore it. However, doing a spin-off is fraught in a lot of ways and we won't do it unless we feel confident there's something there, I don't want to say it's a long shot, it's under discussion but we'll see. We don't want to jump into something like that, particularly because Modern Family is a tough act to follow, but that is a possibility," Lloyd continued.

"Modern Family" navigates the life of members of Pritchett family and won hearts for showing a diverse picture of an American family with themes around a gay couple, adoption, dating, young pregnancy and ethnicity running at its core.

Questioned about any other spin-off possibilities, Lloyd said: "I would be thrilled to follow any of those people. I have enjoyed living with those characters for a long time. I would love to see what happens to Phil and Claire in that RV, and I would love to know what Dylan and Haley's life is like as they turn into Phil and Claire, but in some ways, that's what the audience will do. That's the reason that you send people on new journeys because the audience can then almost take over the writing for you and they get to imagine what those new episodes would be."