Actress Hina Khan who lost her father to a sudden cardiac arrest on April 20, got emotional on Father’s Day 2021 and shared a heartfelt note for her late father. 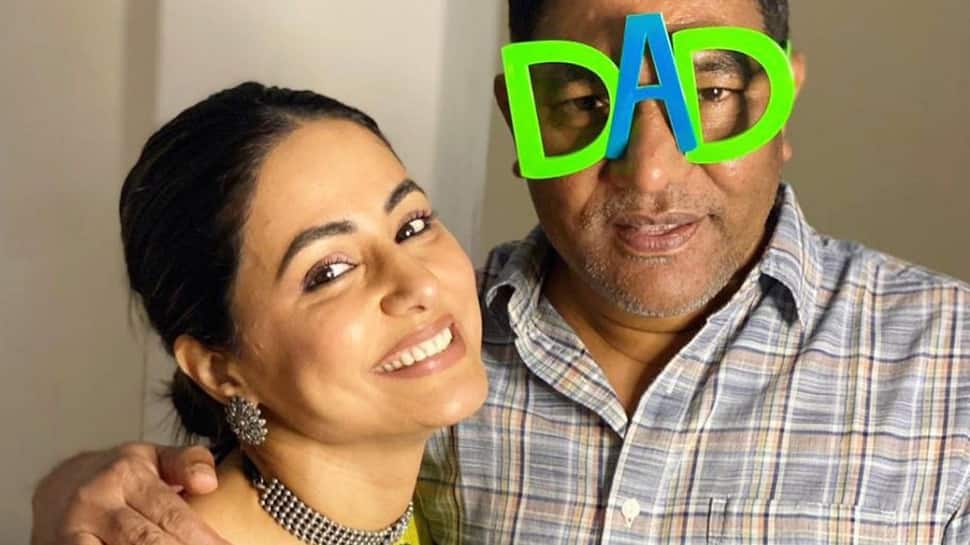 New Delhi: Actress Hina Khan who lost her father to a sudden cardiac arrest on April 20, got emotional on Father’s Day 2021 and shared a heartfelt note for her late father.

Hina took to her Instagram to share unseen photos with her dad, which the latter did not live to see.

“Indeed a Father’s Day (Truly)..June 20th, It’s been two months today Dad..We clicked these pictures 7 months back and I didn’t let u see these pictures when they were clicked coz I wanted to post them on a special day..Never did I think tht I will be posting them today You had to see these pictures dad..Thts what we decided.. Whyyyy??? Miss you Happy Fathers Day Daddy I love you,” wrote the 33 years old.

Hina Khan contracted COVID-19 soon after her father’s demise and had earlier shared a post calling herself a ‘helpless daughter’ as she was unable to be by her mother’s side in the trying times because of the virus.

“A Helpless Daughter Who can’t even be with her mother to comfort her, when she needs her the most..Dear people times are tough very tough for not just us, but everyone around..But thrs a saying, Tough times don’t last, Tough people do..And I am, was and will always be my Daddy’s Strong Girl..Send in your prayers plz Let thr be light..Dua ,” Hina had captioned her post.

On the work front, the actress was last seen opposite Shaheer Sheikh in Vyrl Originals music video ‘Baarish Ban Jaana’ which released on June 3. The video is immensely popular and has more than 85 million views so far.