Guddan opens her eyes she sees AJ, who is relieved. Guddan tells AJ that she felt she was never going to return back to him. 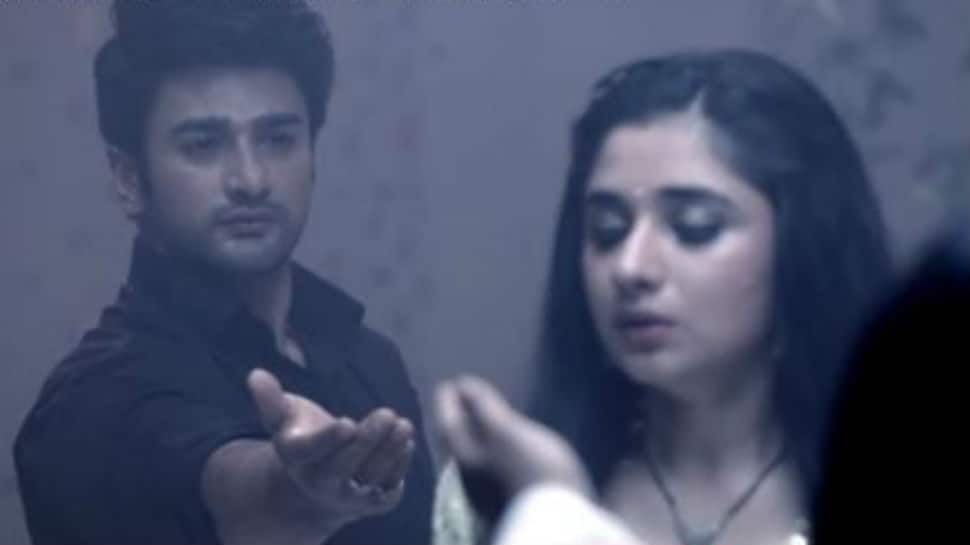 In the previous episode of 'Guddan Tumse Na Ho Payega', AJ attempts to kill Parv for harming Guddan while Daadi and Angad try to stop him along with the police. As soon as he is about to shoot Parv, a thought about Guddan strikes him. He thinks that Guddan would never want him to kill anyone. AJ later goes back to the hospital and also offers prayers for Guddan.

In tonight’s episode, AJ’s Maha Aarti is interrupted when a strong wind blows and blows out all the diyas. Lakshmi gets worried thinking that is a bad omen. AJ refuses to believe anything will happen to Guddan. He goes back to the hospital to be by her side. He meets the doctor but hears bad news.

The doctor tells AJ that the chances of Guddan’s survival are very less. AJ tells the doctor to make sure that Guddan is safe no matter what. The doctor realizes that Guddan’s heart is weak and not pumping enough blood. AJ cries and tries to wake up Guddan. However, Guddan’s heart rate slowly stops completely.

Guddan is about to re-unite with her dead mother in heaven. Then she hears AJ’s voice asking her to come back to him. Guddan decides to return back to earth to be with AJ. Meanwhile, AJ is broken by the fact that he lost another wife whom he loved. Just then, Guddan begins breathing heavily again.

AJ calls loudly for the doctor to get in while holding Guddan’s hand. The doctor shows up and says Guddan is recovering quickly. When Guddan opens her eyes she sees AJ, who is relieved. Guddan tells AJ that she felt she was never going to return back to him. However, his voice kept calling her to come back.

Everyone else enters the hospital room happy to see Guddan alive. Durga also praises Guddan for saving the whole family. AJ promises to take proper care of Guddan when she is back home too. Will this be the beginning of a new chapter for Guddan and AJ? Stay tuned to find out.