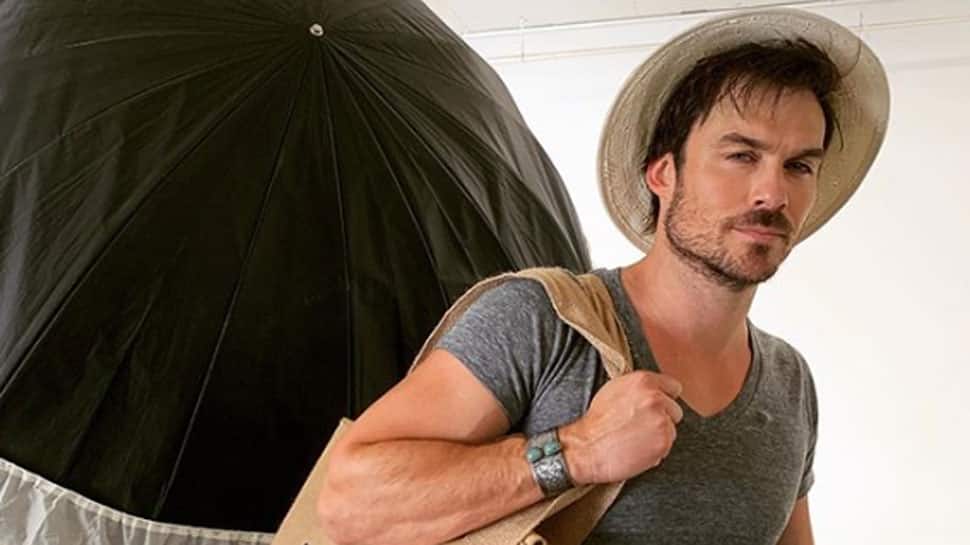 "The Vampire Diaries" star Ian Somerhalder has a special treat for his Indian fans in his upcoming show "V Wars", but he needs a little help from them first. He says if the Netflix show gets a second season, then two Indian characters will be introduced in the series.

Based on the graphic novel of the same name, Somerhalder will star as Dr. Luther Swann, a scientist who is trying to find a cure for fellow humans who have turned into vampires.

For him, the stories of the show, which deals with a lot of things like borders, racism, disease and fear, are very strong and hopes that it is able to build a good fan base in India.

"Well, we got to get season two.That's why I really need viewers watching the show, it is worth watching it. A vampire in India will be different from a vampire in Eastern Europe or South America, that will be a very exciting and new angle to explore," said the actor, who is also attached to the show as a director and an executive producer.

What's more? He would like to explore Bollywood too.

"When I look at what's going on in India, I look at how powerful and amazing Bollywood is. The stars...how unique they are and how huge their careers are. It's pretty inspiring," said the "Lost" actor.

"I was watching 'My Next Guest Needs No Introduction With David Letterman' and I saw Shah Rukh Khan on it. I said 'wow! look at this guy'. First of all, he is on the David Letterman show so, he's gotta be cool. He is so charismatic, so down-to-earth. I was researching him and watching his stuff. He is a massive star but he is also such a cool guy. I am really excited to explore Bollywood and understand it and meet some of the amazing talent that its producing," he shared.

For now, he is enjoying the world of vampires on-screen.

"I felt so fortunate to play a vampire (in 'The Vampire Diaries') for so long and a really fun one. It was such a fun role because this guy was charismatic, dangerous and sexy. He was kind of a prick and kind of mean but everyone loved him," Somerhalder quipped.

"I really had so much fun playing that character that when I transitioned into Dr Swann, I was excited to play a character who was still a superhero, but his superpower was just being a great father, a great scientist and a great husband. To me, great dads, great scientists and great husbands are superheroes because they are such positive forces in the environment," he added.

"V Wars" will premiere on December 5.