Ace comedian Kapil Sharma recently hinted at a comeback for his popular show 'The Kapil Sharma Show' on his Instagram with a picture featuring cast members of the show. 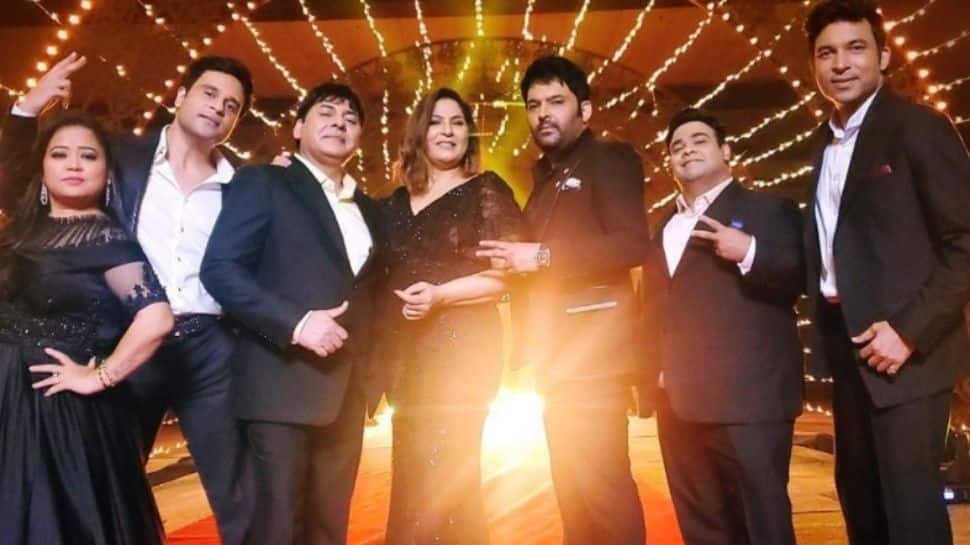 New Delhi: Ace comedian Kapil Sharma recently hinted at a comeback for his popular show 'The Kapil Sharma Show' on his Instagram. On Sunday (July 18), he took to Instagram to share a picture with Krushna Abhishek, Chandan Prabhakar, Sudesh Lehri, Bharti Singh, and Kiku Sharda and alluded to a new beginning with 'old faces'. In the picture, all the cast members can be seen dressed in classy all-black attires and posing on the red carpet.

Earlier, Kapil had taken a break from work to spend time with his family. However, now it appears he is back to work on his longstanding show. Captioning the happy selfie with his co-actors, he wrote, "new beginning with all the old faces #tkss #thekapilsharmashow #blessings #gratitude #comingsoon".

His co-star Bharti Singh had also taken to her social media to share a tableau shot of the whole cast posing together, confirming their reunion. She wrote in the caption, "India aapka intezar huva khatam the "Dream Team" is back with a bang #TKSS #TheKapilSharmaShow @sonytvofficial." In her picture, Archana Puran Singh is also seen posing with the 'The Kapil Sharma Show' gang.

'The Kapil Sharma Show' had gone off-air sometime back after the host welcomed his second child - baby boy Trishaan earlier in February this year.

Kapil Sharma had gone on paternity leave after being blessed with a second child on February 1, 2021. Kapil and wife Ginni Chatrath welcomed a baby boy and shared the good news with fans on social media.

Kapil and Ginni tied the knot on December 12, 2018. The duo has a daughter named Anayra and a baby boy together.

'They would rub their hands on my back': Bharti Singh opens up on facing inappropriate behaviour by show coordinators