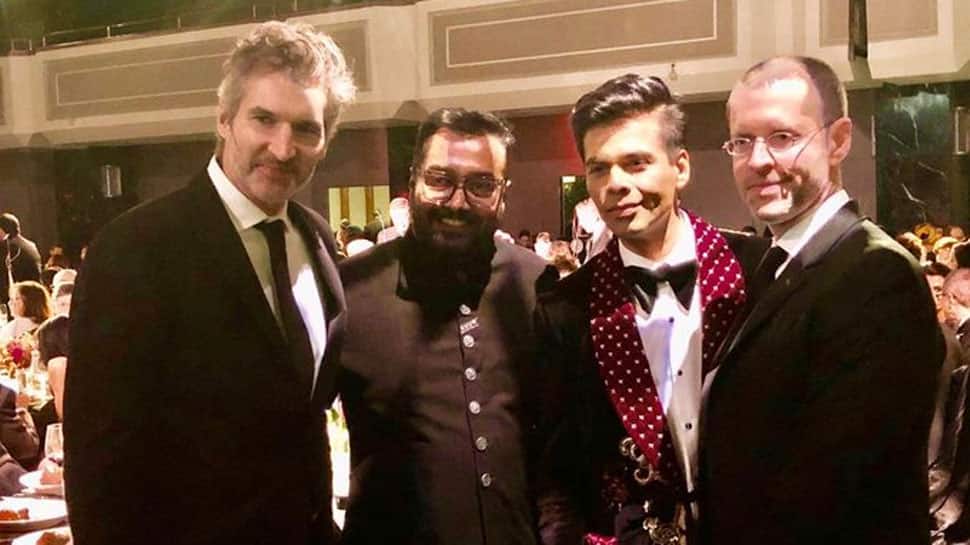 New Delhi: Look who Karan Johar found at the 47th International Emmy Awards. It`s none other than the insanely popular HBO series `Game of Thrones` producers David Benioff and DB Weiss. Karan who is attending the mega event for his project `Lust Stories` looked overwhelmed in the snap he uploaded with the ace producers and filmmaker Anurag Kashyap.

"Honoured to have met the #GOT #GameofThrones prolific producers! David Benoif and D. B Weiss At the @iemmys," he wrote alongside the picture which has been clicked at the Hilton New York Hotel.

Honoured to have met the #GOT #GameofThrones prolific producers! David Benoif and D. B Weiss At the @iemmys pic.twitter.com/2XnIMEppvL

Anurag on the other hand kept it desi and simple wearing a formal sherwani suit with silver buttons on it.