On Friday's episode of 'Kaun Banega Crorepati 13', Bollywood's most romantic couple Genelia D'Souza and Riteish Deshmukh will be joining Amitabh Bachchan on the quiz show. 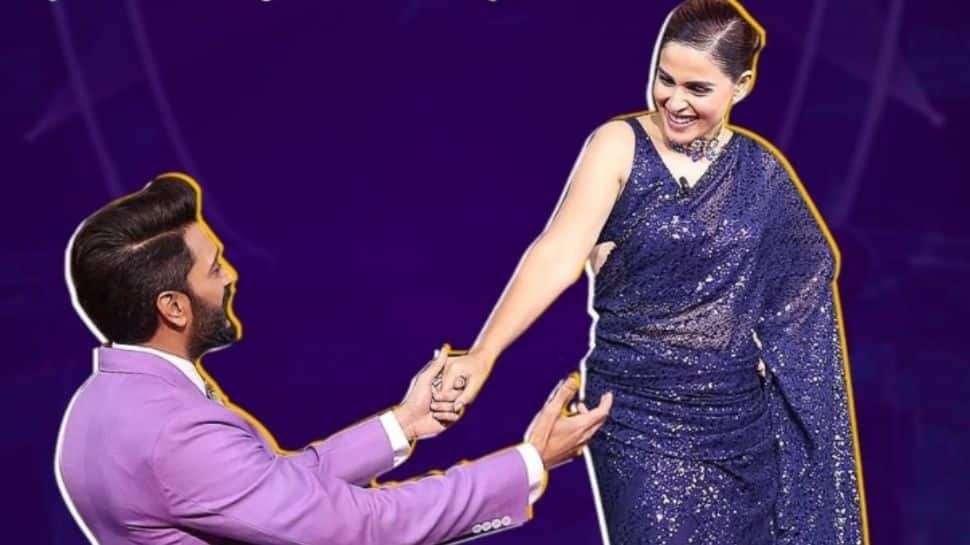 Mumbai: Actor Riteish Deshmukh and his wife Genelia D'Souza will be special guests in the 'Shaandaar Shukravaar' episode of the Amitabh Bachchan-helmed reality quiz show `Kaun Banega Crorepati (KBC) 13` on Friday, October 8, night. The actors will be seen sharing their industry experience and lesser-known facts about them in the conversation with Big B.

Genelia talks about her first advertisement, where she got the opportunity to share screen space with the living legend -- Amitabh Bachchan. They take a trip down memory lane and speak about the time when they shot together and Big B requested a close-up of Genelia and not of himself.

Riteish credits Big B for his marriage with Genelia, saying: "Had you not put the close-up that day, we might have not gotten married. Because of the close-up, she and I did our first film together. It`s all because of that one close-up you put up." He was referring to their 2003 film, `Tujhe Meri Kasam`.

Bachchan describes Riteish as being a "perfectionist" after revealing that he trained to become an architect.

The highlight of the show is when Riteish proposes to Genelia in true filmi style. He goes down on his knees to attract Genelia, repeating dialogues from Amitabh Bachchan`s iconic films.

The 'Shaandaar Shukravaar' episode of 'KBC13' will air on Sony Entertainment Television.