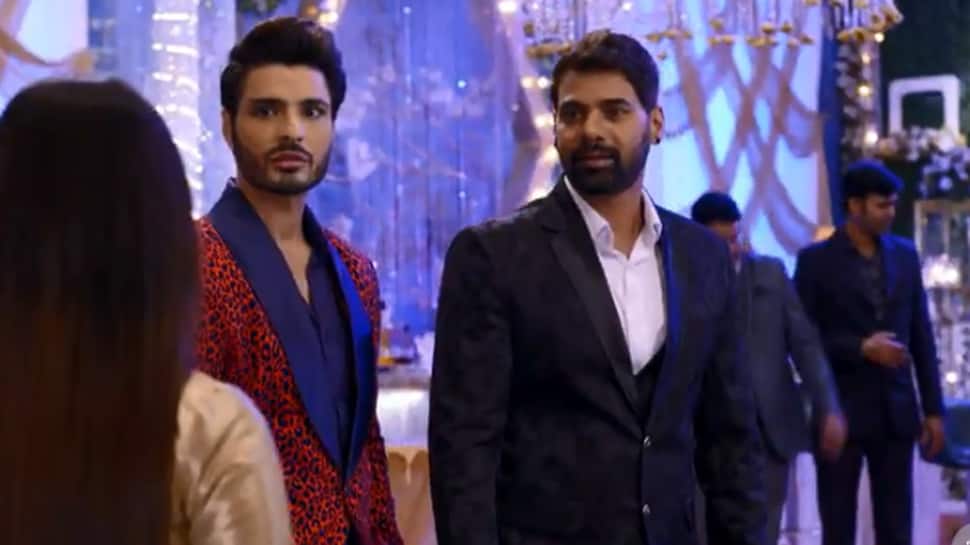 New Delhi: In the episode, Rhea heads to Prachi's house to hand out the pictures of Purab and Aliya for adding on the cake. Abhi gets to know that the CM is giving awards to Prachi's mother and him. Pragya calls Vikram, thinking him to be Mr Mehra. She tells him about not being able to come to the anniversary party as Sarita is unwell. She says that she can't take the award as well.

When Abhi gets to know about Sarita's ill health, he decides to reach out to her and extend help.

In tonight’s episode, Vikram praises Anuradha saying she doesn’t need Abhi to take care of Sarita. Purab says that it reminds him of Pragya. Abhi too feels that way but doesn’t think anyone can replace Pragya in his life. Just then the CM enters the house with Disha. The CM tells Disha that they couldn’t give the award at Abhi’s office.

Purab sees Disha in his house and is shocked. Abhi sees the way Purab looks at Disha and let’s them have a moment. Disha follows the CM and walks away from Purab. When Disha meets Daadi she tells her how she sorted her life after leaving Abhi’s house. Purab assumes she is talking about marrying Hritik and walks away.

Abhi gets worried about Sarita. But Vikram feels Abhi’s worry is just an excuse to meet Anuradha. Abhi decides to leave the party and go to Sarita’s house. Vikram thinks Abhi has feelings for Anuradha while his wife thinks Mira is in love with Abhi.

Pragya finds Sarita not resting. She tries to make her take rest. Sarita says that Pragya should not have cancelled on Abhi at the last minute. She demands Pragya to call Abhi and apologise to him. Pragya decides to have a video call with Mr Mehra. Will Pragya see Abhi’s face when she video calls him? Stay tuned to find out.