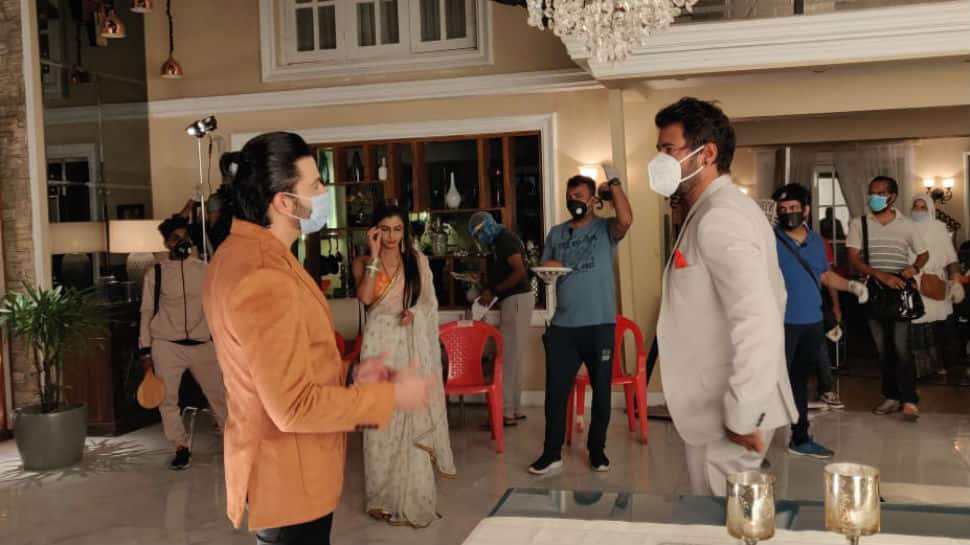 With the lockdown being relaxed and people across the country stepping out into the new normal, TV actors have started shooting in line with government directives.

Commenting on what's brewing in "Kumkum Bhagya", actress Sriti Jha revealed: "The story of Prachi and Ranbir will have a major turning point. Their silence could spell separation for the duo while their confession of love for each other could be the beginning of another true romance that viewers have been waiting to watch."

Reem Shaikh, who plays Kalyani in "Tujhse Hai Raabta", said: "We are shooting for a new turn of events in Kalyani and Malhar's life. While they both are in love, they cannot see eye to eye in their parental approach. They both want a bone marrow for their son Shlok but their methods of getting the same are very different. The story forward is intriguing and full of surprising revelations that will shock and thrill our audiences."

The new episodes of "Kundali Bhagya" will unravel the fate of Preeta's love for Karan.

Actress Shraddha Arya, who plays Preeta in the show, said: "Preeta isn't sure if she should let her head rule her heart or vice-versa when it comes to Karan. But the all-new episodes may bring forth a more determined Preeta who will open Karan's eyes to the conspiracies plotted by miscreants just to wreak havoc in their relationship."

The shows are air on Zee TV.

Kamya Panjabi reveals she battled depression after break-up with Karan Patel: Took me over 2 years to get back to a normal life