When Prachi reaches the police station the media the arrest. Sarita and Disha see that Prachi is arrested and get worried they try to call Pragya but can’t get through to her. 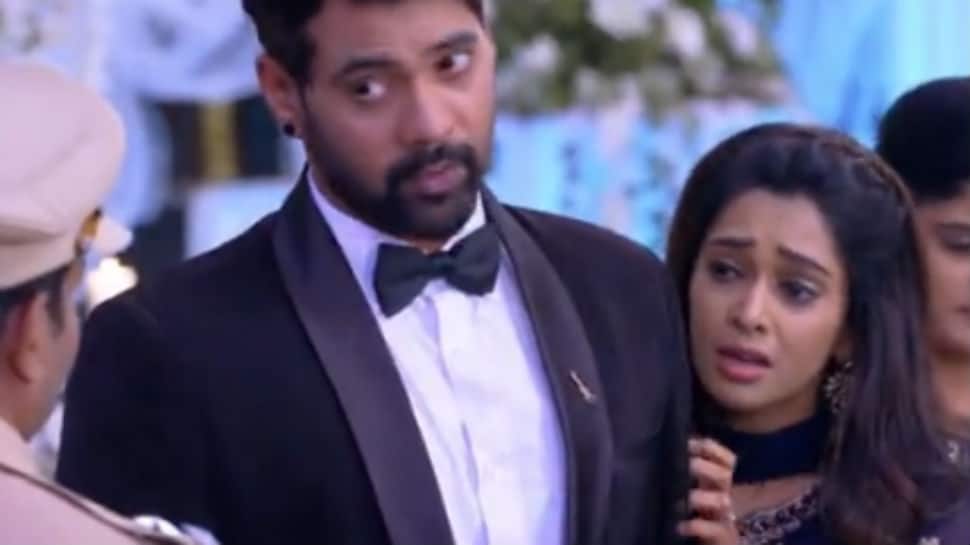 In the earlier episode of 'Kumkum Bhagya', Rhea, in order to plant Prachi in a false drugs case, calls the police to inform them that someone is selling drugs at the party. Pragya, on the other hand, asks Sarita to ask Mr Mehra (Abhi) to not visit her. However, Sarita doesn’t call up Abhi. As soon as Abhi leaves for Pragya's house, the police show up and start the investigation.

In Monday's episode, Rhea’s friends tell her that by mistake they put the drugs in Shahana’s bag instead of Prachi. Rhea gets angry. She throws the contents of Shahana’s bag on the floor. Her friends quickly pick up the drugs and drop it in Prachi’s bag who is looking away to help Shahana.

When the police check Prachi’s bag they find the drugs inside. Prachi is as shocked as the rest of the Mehra family. Abhi tells the police that Prachi is innocent and she would never smuggle drugs. The police threaten to arrest him too. Abhi’s friend Vikram says they will give Prachi bail but they can’t stop the police.

Rhea is happy but she sees Abhi crying and gets angry. Abhi tries to stop the police again but they take Prachi and leave. Shahana follows them in a car with Abhi. Pragya calls up Rhea to find out what happened. Rhea says she forgot that she wanted to invite Pragya for the party too. Before Pragya can speak to Prachi, her phone battery dies.

When Prachi reaches the police station the media the arrest. Sarita and Disha see that Prachi is arrested and get worried they try to call Pragya but can’t get through to her. Disha decides to go out and save Prachi herself. They even ask Abhi questions about Prachi when he tells them that she is innocent.

Pragya’s car passes by the police station when Prachi is arrested. She stops the car when she thinks she sees Abhi, who is being hounded by the media. Abhi too catches a glimpse of Pragya and tries to look for her but is blocked by umbrellas and people. Will Abhi succeed in saving Pragya? Stay tuned to find out.