In tonight’s episode, Pragya gets a cab and goes to Abhi’s house to pick up Prachi. 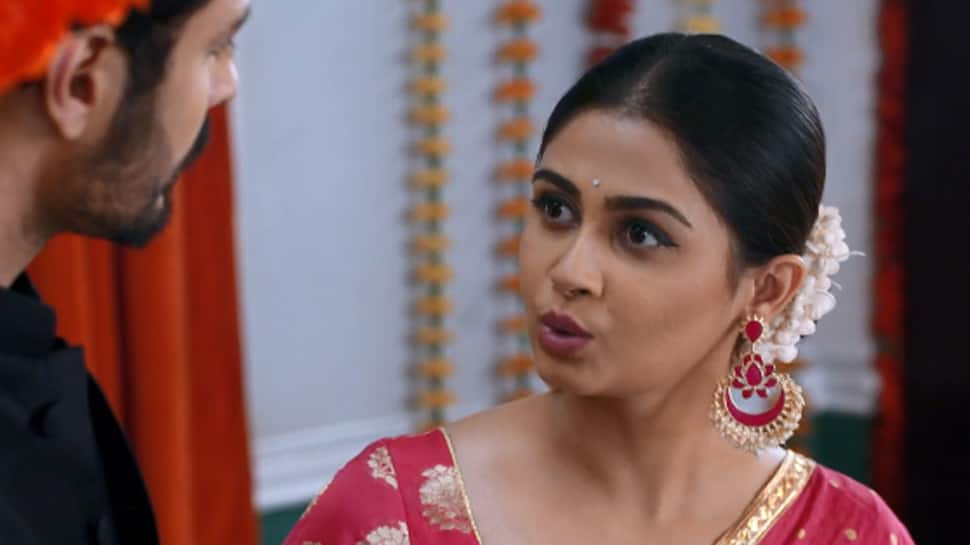 New Delhi: In the episode, after Sanju agrees to come onboard her game plan, Rhea calls Abhi, asking him to come back home at once. Abhi, who is keen on making Rhea meet her mom Pragya, asks her instead to come with him and she agrees to it only if he comes and picks her up. Purab heads to Disha's house for Diwali greetings. He then finds out that Disha was lying when talking about her love for Hritik. Aliya, on the other hand, realises that Purab is not around and must have gone to meet Disha. She then rushes to catch the two together.

In tonight’s episode, Pragya gets a cab and goes to Abhi’s house to pick up Prachi. She tells Madhu that she has a feeling something bad is about to happen. Prachi and Ranbir bump into each other at the party. Prachi tries to apologise to Ranbir but he refuses to talk to her.

Prachi goes back to talk to Ranbir and ask him what’s wrong. Ranbir says Prachi spoke too rudely to him and he doesn’t want to talk to her anymore. He asks Prachi to go back to Sanju. Rhea calls Priyanka because the plan is about to start. Rhea sends Sanju to be with Prachi after Ranbir leaves her.

Purab is still in Disha’s house when Aliya reaches and finds his car there. Abhi is driving back home and sees Aliya in her car looking at Purab’s car outside Disha’s building. He calls up Aliya saying he and Purab had both come to Disha’s house for some work. He asks Aliya to talk to the big financer who was going to be at the Diwali party.

Prachi doesn’t want to drink the orange drink but then mixes it with another drink. Ranbir ends up taking the actual drink with drugs in it. Rhea sends Dimpy and gets the glass back. She takes the waiter to the kitchen and sends him with two drinks that have the drug in them. She says she doesn’t want to take a chance of the plan failing.

Purab goes to Disha’s kitchen where she is trying to avoid him. He keeps asking her about Hritik and what is her relationship with him. Purab says he knows Disha and Hritik are not in a relationship, but Disha says that Purab is wrong. Will she admit the truth to Purab? Stay tuned to find out.