In tonight’s episode, Priyanka sees Rhea alone at the party. 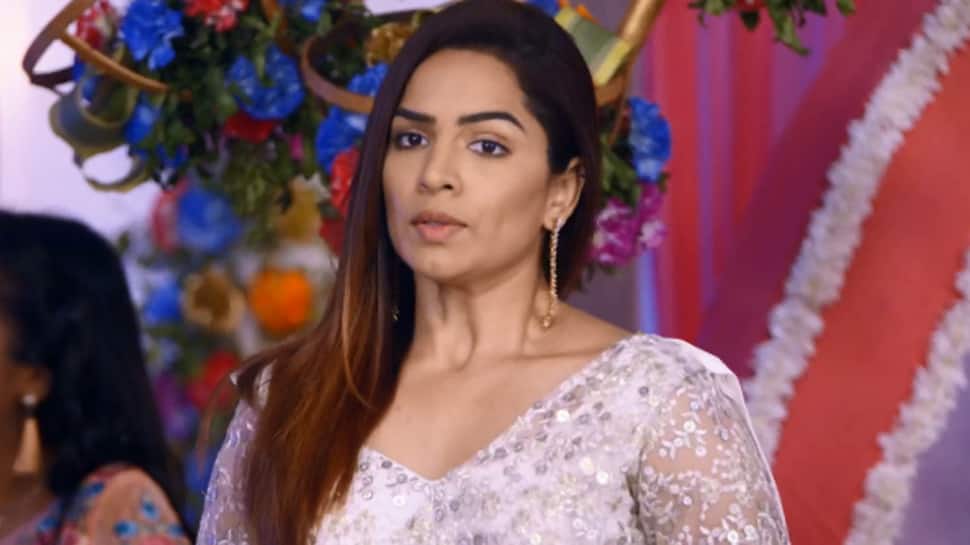 New Delhi: In the episode, when Shahana calls Prachi on Ranbir's phone, she ends up having a fight with Aryan. Both Prachi and Ranbir say sorry to each other. As the Diwali party begins, Rhea makes a call to Prachi's stalker Sanju, who doesn't answer it. Just when Pragya is about to leave for the Diwali bash, oil spills on her dress. Prachi, Shahana and Sarita leave for the party. Abhi tries his best to leave the party and meet Pragya at her house but is stopped by Aliya.

In tonight’s episode, Priyanka sees Rhea alone at the party. She goes and asks Rhea if Prachi’s stalker, Sanju is on his way or not. Rhea says she is happy that Priyanka is so supportive in helping her get revenge. She calls Sanju and finds that he went to get a facial to look good before seeing Prachi.

Rhea then goes to meet her friend Amrita (Anushka Ranjan) from Fittrat. Amrita says she is looking for her friend Tarini (Krystle D’sSouza). Tarini is trying to hit on all the rich men at the party. Aliya sees this and warns Tarini, who claims she is a gold-digger and not ashamed of it.

Aliya stops Rhea from being with Tarini and Amrita and takes her away. Prachi and Shahana enter the party with Sarita. Abhi says he will not meet Prachi’s mother because he feels she judges him. Abhi tells them how Rhea went to Prachi’s mother to complain about him. Prachi supports Abhi.

Abhi jokes about wanting to adopt Prachi. He tells them that he is going out to meet someone and hesitates when they ask whom he is visiting. Abhi is further helped up when Vikram asks him for advice. Vikram wants to know how to get his mother and wife to fight in order to win a bet with Ranbir.

Abhi is drinking juice before leaving the party. Mira walks out dressed and keeps looking at him. Abhi tells her to take care and says she is going out to meet Pragya. Mira stops him and asks him to meet the person Aliya wants him to meet first. Will Mira successfully stop Abhi and Pragya from meeting? Stay tuned to find out.