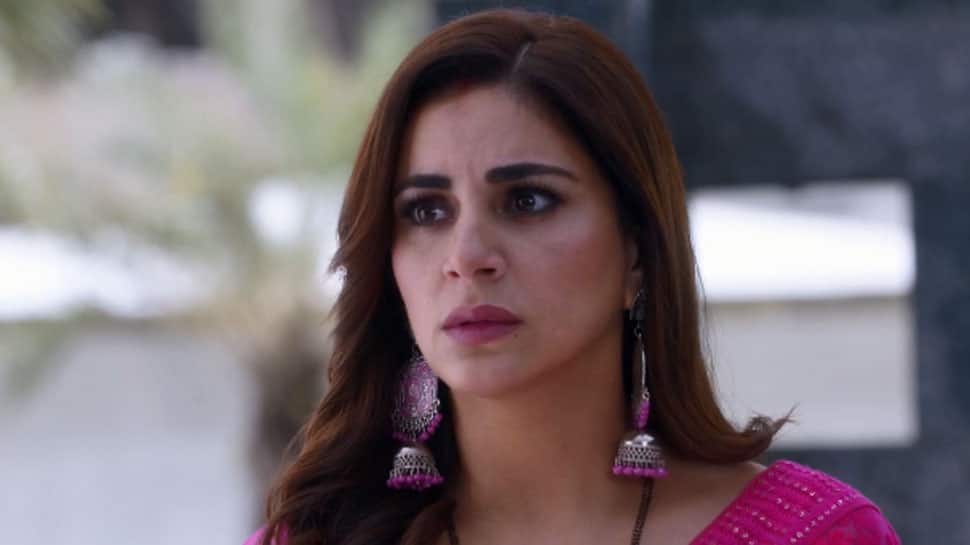 New Delhi: In the episode, after Preeta watches Karan on television and finds out about his engagement with Mahira, she breaks down and decides to move on in life. On reaching office, she congratulates Karan on his engagement news. Meanwhile, Mahira decides to call her mother and only one friend to the bash as she feels rest do not match up to the level of the Luthras. Preeta asks Karan to stay away from her life and get on with his new found love. Both Karan and Preeta get into a verbal spat and Mahira notices the two together.

In tonight’s episode, the team captain sees Karan hilding Preeta’s hands and scolding her. He asks Karan to back away from Preeta. He says it looks like Karan and Preeta are having relationship problems. Mahira hears about Karan’s fight and sees Preeta leave Karan. She then meets Karan to calm him down.

Karan sees Mahira and scolds her for finding excuses to meet him at the cricket club. He says outsiders are not allowed and tells Mahira he will meet her at home. Mahira tells Karan that he is removing Preeta’s anger on her and runs away. Mahira and Preeta both go towards Section C where the construction is happening.

Sarla decides that if Karan is moving on from the marriage then Preeta should too. She then takes Janki along and goes to Prithvi’s house. Sherlyn is already at Prithvi house where they are celebrating Karan and Mahira’s engagement. When Prithvi sees Sarla at his door, Sherlyn hides in the bedroom.

Preeta is stopped by one of the construction workers, but Mahira goes in crying without being noticed. Preeta follows Mahira to stop her cannot catch up to her. Karan’s captain sees Mahira and Preeta going there. Karan decides to call someone else to take care of Mahira. When he hears Preeta is there too, he immediately goes to help.

Srishti goes to Sammy’s office and tells him she still thinks Karan and Preeta still love each other, but Sammy doesn’t think so. Sarla sits down with Prithvi and asks him if he still likes Preeta. Will Prithvi agree to marry Preeta? Stay tuned to find out.

'Friends' iconic props are going up for auction