The television industry has successfully managed to transition to the New Tariff Order (NTO) regime. ZEE, as the leading television network of the country, has collaborated extensively with industry players to ensure a smooth transition. 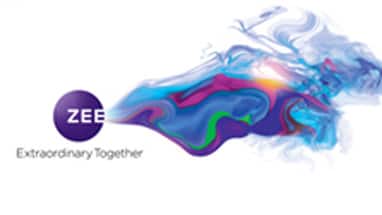 The television industry has successfully managed to transition to the New Tariff Order (NTO) regime. ZEE, as the leading television network of the country, has collaborated extensively with industry players to ensure a smooth transition.

To mark its 27th Anniversary, ZEE has taken yet another consumer initiative, by announcing a Festive Bonanza Offer on its leading entertainment channels. As part of this festive offer, the a-la-carte price of Zee TV, Zee Marathi, Zee Bangla, Zee Telugu, Zee Kannada & Zee Sarthak have been reduced from the present Rs. 19# to Rs. 12# per month.

The MRP regime has brought about a significant positive change in the television broadcast industry.

The biggest change for consumers has been the freedom to choose their favourite TV channels and pay only for what they like to watch. In the new pricing regime, ZEE has been leading the change with customer-centric packs focused on affordability and greater value for consumers. As an industry first, ZEE launches an attractive Festive Bonanza Offer on the a la carte prices of several leading channels of the network in order to provide an opportunity to more and more consumers to enjoy the wholesome family entertainment.

During the transition phase, there have been a wide variety of questions in the minds of viewers.

To address these queries, over the last few months ZEE initiated and anchored nation-wide initiatives to onboard Indian families into the new ecosystem and ease them into the new structure. These included multi-media multi-stakeholder communication initiative, 'Channels Ka Chunaav 2019' and the nationwide movement of 'Lo Control Back' to spread awareness of the viewer's ability to choose in the new ecosystem, and further emphasize on their right to demand the channels of their choice from their operators.

Mr Atul Das, Chief Revenue Officer – Affiliate Sales, ZEE said “ZEE is the pioneer of the Indian television industry. Starting with 'Zee TV' 27 years ago, and with the addition of its strong regional language offerings over the years, ZEE is today the No.1 Entertainment Network in the country. ZEE further demonstrated its leadership by becoming the first major broadcaster to declare MRPs under the NTO regime, in August 2018. While there were teething issues during the initial phase of NTO transition, it has brought greater transparency across the television value chain.”

He further added “With the announcement of this amazing Festive Bonanza Offer, we have taken yet another initiative for providing greater value to our consumers. Under this offer, MRP of our leading entertainment channels are available at an attractive MRP of Rs 12# during the festive season. We believe that this will greatly enhance consumer engagement with our channels, across the country. We urge subscribers to take full benefit of the festive offer.”

Commenting on the initiative, Prathyusha Agarwal, Chief Marketing Officer, Zee Entertainment said, “With the movement from low involvement bulk purchase to high involvement active unit purchase, the MRP regime is a great move for the consumer. ZEE with its strong channel brand and culturally rooted content has become an obvious first choice for viewers. We firmly believe that we have fundamentally great products and robust value offerings. As a broadcast network, our endeavour, therefore, is to make our channels more and more accessible to the maximum number of viewers across the country. This Festive Bonanza Offer would be an irresistible consumer delight and will go a long way in deepening consumer loyalty with the TV entertainment category.”

ZEEL currently offers a total of 60 channels (43 SD and 17 HD) in 11 languages and reaches a total of 148 million households every day. The MRP price has been revised for the following channels, under the Festive Bonanza Offer.