The "Modern Family" cast, including Sofia Vergara, Ed ONeill, Ty Burrell and Sarah Hyland, came together to recreate a photograph, which they took 10 years ago when they started working on the family drama. 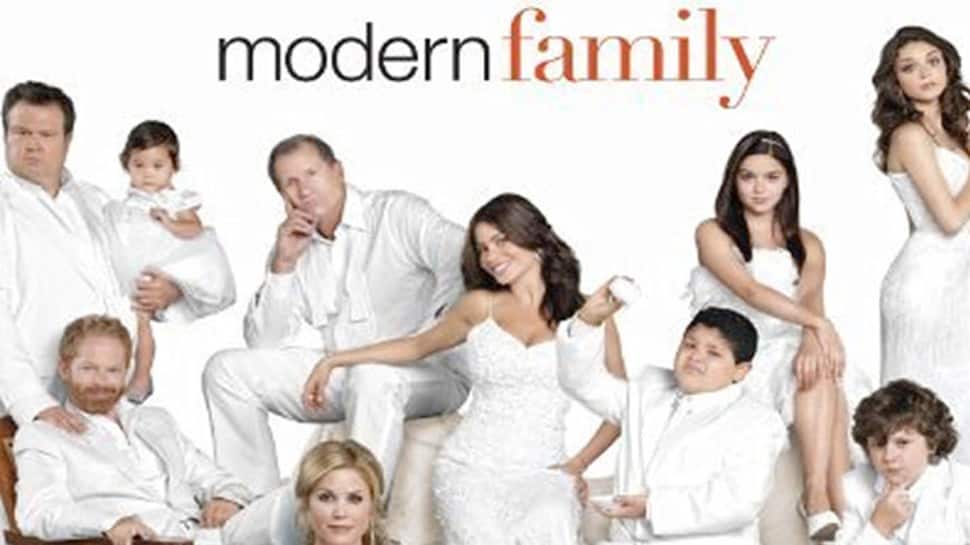 Los Angeles: The "Modern Family" cast, including Sofia Vergara, Ed ONeill, Ty Burrell and Sarah Hyland, came together to recreate a photograph, which they took 10 years ago when they started working on the family drama.

As they gather for the final chapter, the cast recreated the moment on the occasion of the first table read for the first script of the final season. This time, there is an addition to the family -- Aubrey-Anderson Emmons (Lily).

In one image which was snapped ten years ago, the stars are seen posing with their respective on-screen families.

Vergara, O'Neill and Rodriguez are seen locked in a loving embrace. In the recent image, they are seen in the same pose but with a much older Rodriguez.

Burrell, Bowen, Hyland, Gould, and Winter are standing happily in the center of the image. The recent image shows how they all have grew up, and evolved. Meanwhile, Ferguson and Stonestreet added a new member to their family in the recent photo -- Anderson-Emmons, who joined the series in third season.

Created by Steven Levitan and Chistopher Lloyd, the show navigates the life of members of Pritchett family and won hearts for showing a diverse picture of an American family with themes around a gay couple, adoption, dating, young pregnancy and ethnicity running at its core.

"Ten years ago we took the first cast photo outside of our first #ModernFamily table read. Today the ending begins," wrote co-creator Steve Levitan on Instagram.

The photograph was also shared to several of the stars' social media accounts, including Vergara and Ferguson.

"The last first table read of Modern Family season 11 and the same photo taken 10 years ago today," Ferguson wrote on Twitter while adding on his Instagram account, "I love this cast and crew so much."

The 11th season will premiere later this year.