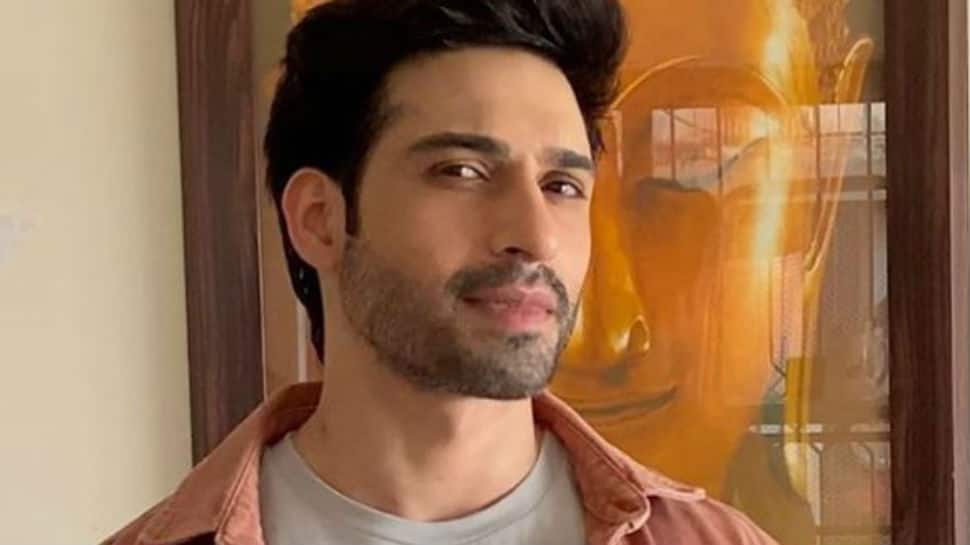 Vijeyandra revealed that it was not his first such experience. "In some cases, you can figure out that it's a fake one in the first two messages only. They don't want to share their office address, and ask for pictures like bare body shots, etc., so you get to know it's a fake one. But this time, they had a narration, they were ready with a script, name of a production house, etc., and I made an audition video for them too, but after I sent it across they started asking me for such pictures," he said. 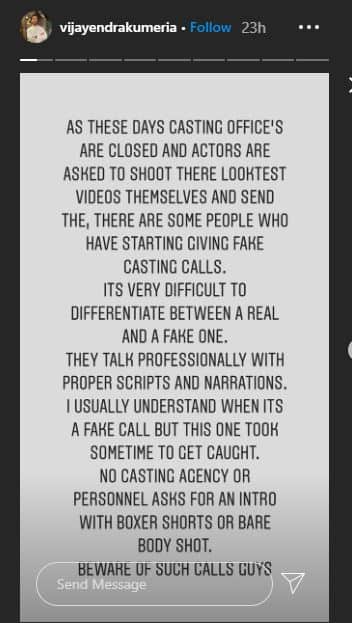 "A genuine casting director or his team will never ask you for such pictures. That guy even tried to convince me that it was a genuine one, but eventually, it stopped. So a friend told me that it has happened with him and I realised these people are sending it to a lot of actors. That's when I decided to post it on social media," he added.

If you are a struggling or an aspiring actor, it's very easy to fall into their trap, so he suggested: "No casting director or his team will ask for pictures in boxers or a bare body shot. So if something like that happens, then they should realise it's a fake call. They should immediately report that person or block him. Real casting people will never ask this on WhatsApp. So by posting it on my social media account, I wanted to let my followers know that this is happening with experienced actors too, so the ones who are struggling or aspiring should be a little alert."

The actor, however, mentioned that one needs to be alert as actors are being asked to send across audition videos and look tests from home.

Vijayendra revealed that after his post, he received obscene and abusive messages from that number and added: "I have blocked his number, and I am thinking of complaining because I feel these things should be stopped. Also, I feel we are television actors and we want to make it big and do web series et cetera, so of course we get excited with such messages but the sad reality is that it's fake."