In her recent photos, Nia is exuding oomph in white outfits and her killer expressions add to the oomph factor. 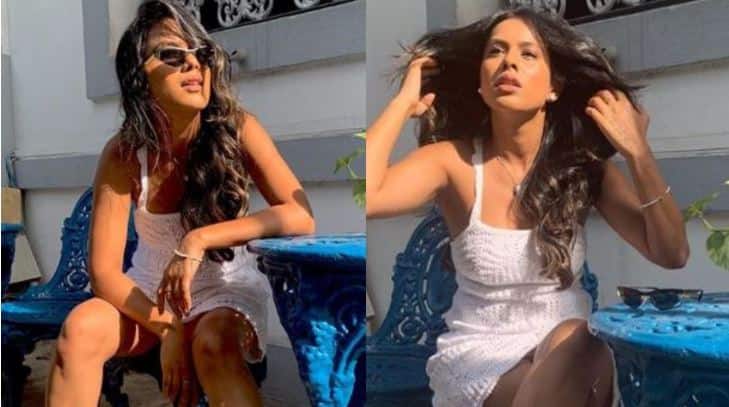 New Delhi: TV star Nia Sharma makes sure she is at the top of her social media game and, how does she do it? Every so often, she shares some fabulous pictures of herself much to the delight of her fans and the posts go crazy viral. In her recent photos, Nia is exuding oomph in white outfits and her killer expressions add more weightage to the frame.

In one of the posts, Nia is dressed in a stunning crochet white dress, paired with black boots and trendy shades. She looks like a million bucks in the sun-kissed photos, which she captioned as, “Rewinding 2019 Coz 2020 is paused!”

The other set of pictures feature her in a black shorts, white shirt and thigh-high boots. She poses smartly with a bag in hand and described the post as, “Walking on my own is all I ever wanted!”

Here are the pictures we are talking about.

Walking on my own is all I ever wanted!

The comments sections is repleted with heart and fire emojis and the photos have been liked by several of her fans.