Directed and written by Angela Robinson, the movie is based on a true story about the rendition and inception of the character Wonder Woman. 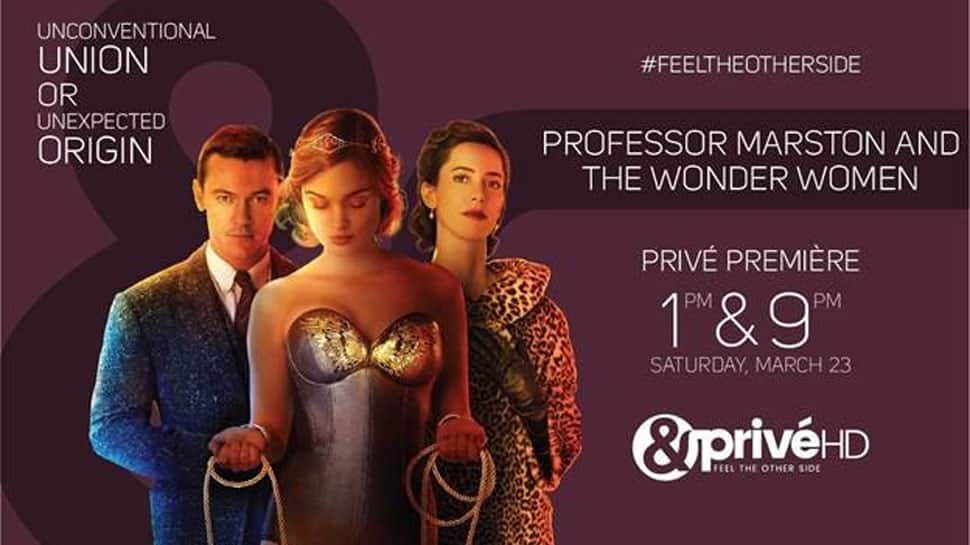 Love has its own ways to express and blossom amongst two companions. But is it possible to love two people at the same time? &PrivéHD, the premium destination for nuanced cinema, presents a fearless polyamorous relationship between a student, a professor and his wife. Professor Marston and the Wonder Women is all set for a television premiere on Saturday, March 23 at 1 PM and 9 PM only on &PriveHD.

Directed and written by Angela Robinson, the movie is based on a true story about the rendition and inception of the character Wonder Woman. With an IMDB rating of 7.1, the story is inspired by dominance/submissive relation of Professor William Moulton Marston, a Harvard Psychologist, his wife and his research assistant.

Luke Evans plays the lead role of William Moulton Marston; Golden Globe Award Nominee Rebecca Hall plays the role of his wife Elizabeth Marston alongside him and Bella Heathcote as Olive Byrne who is indulged in a relationship with the two.

The story will make you realize how love can have many different shades, not only does it strongly call out on the oppressive social structure, but also focuses on those who want to feel the journey of a shared vision. The movie entirely revolves around an unconventional love story between William, Elizabeth and Olive and how the character of Wonder Woman came to life.

Young Olive meets William Marston, a psychology professor and his wife Elizabeth Marston and falls in love with both. Marston having a dominant nature draws inspiration through his sexual obstinacy which gives rise to this iconic character. Depicting unconventional values through comics, Marston's creations were initially turned down by multiple publications for 'sexual perversity' and the fact that his comics portrayed him. This astounding journey of the three ensures that love has no bounds and it gives rise to miracles.

Feel the other side of love, lust and dominance as Professor Marston and the Wonder Women premieres on Saturday, March 23 at 1 PM and 9 PM only on &PriveHD.

To feel the other side of nuanced cinema follow us on @ANDPriveTV, @AndPrive and @andprive