Shagun is more mature than I am, inspite of being younger to me: Taapsee Pannu

She was seen with her baby sister Shagun Pannu, for the first time ever. 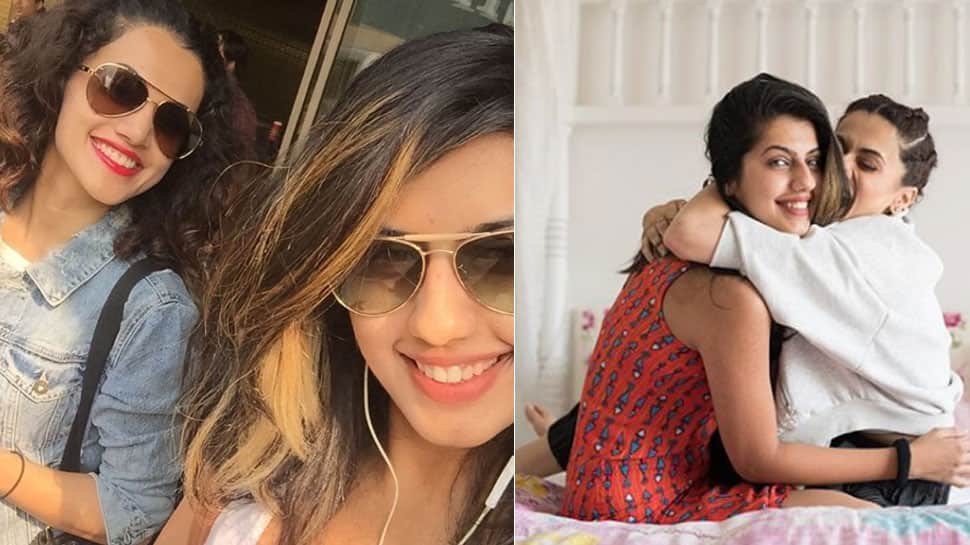 In a never-seen-before appearance, the ever so energetic and full of life Taapsee Pannu was seen talking about acting in Bollywood versus acting in films down south, how her life changed once she became a recognised actor in Bollywood and a lot more in the latest episode of Starry Nights 2. Oh!

She was seen with her baby sister Shagun Pannu, for the first time ever.

Being a south movie actor and living in a city like Mumbai gives one a sense of anonymity and lets them be themselves. Taapsee felt the same initially before her Bollywood debut, and said, "When I worked in the South film industry and would come home to Delhi, I would still live like a normal person without anyone knowing. I could take a bag and go around Delhi very normally. Once I started acting in Bollywood, everything changed. Everybody wants to meet me whenever I am home, so I no longer get quality time to spend with my family."

"I am definitely more matured than Taapsee is" said Shagun Pannu, younger sister to Taapsee. Speaking about how careless her elder sister is, she described an incident where Taapsee proved how careless she can be sometimes. She said, "This happened day before yesterday, the car was running for 3 hours straight. She left the ignition on and I was like what were you thinking? How can you forget to press that ONE button off?”

Giving more tid-bits out on their fun sister equation, when Komal Nahta asked Taapsee about her biggest weakness, the actress said, “It has to be her (pointing to her sister). I love her the most in the whole world, so I feel like what if something happened to her?"

Tune into Starry Nights 2.Oh! on Zee Cafe, Sunday nights at 10 PM to know what more beans the stars and their favourite person have to spill!

Sunil Grover to join Kapil Sharma on comedy show? Here's what we know