That girl used my wife: Singer Amit Tandon lashes out at Mouni Roy, says 'there is no forgiveness for her'! 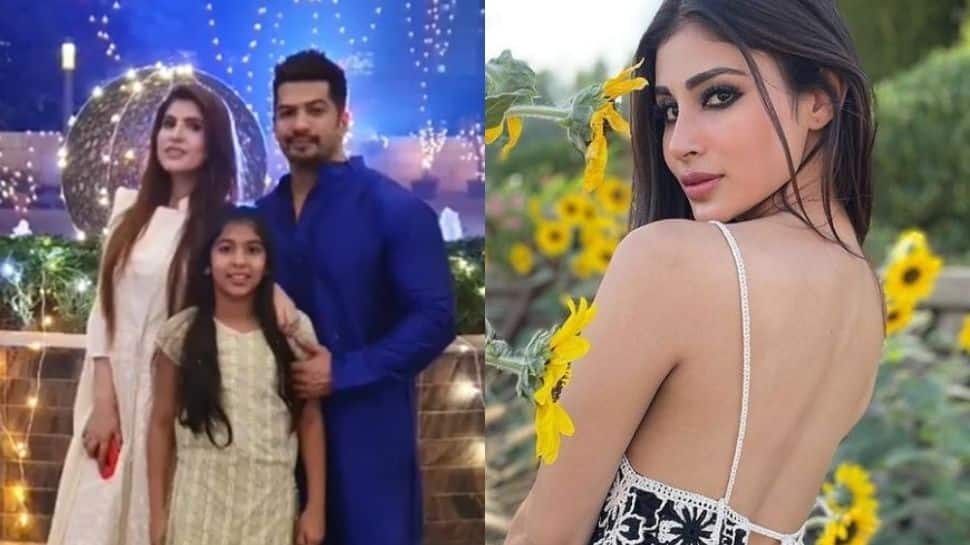 New Delhi: Singer and Indian Idol contestant Amit Tandon recently made explosive statements on Bollywood actress Mouni Roy in his latest interview. The singer lashed out at the actress for 'using' his wife and expressed that he never wants to see her face again.

Amit explained that initially, he felt Mouni was genuine. However, when his wife was in trouble, he claimed, Mouni left her side.

He told ETimes, "I usually don't give a s**t and here, I don't give a s**t. I know my wife Ruby won't say this but this took a lot out of her. I don't think I want to see Mouni Roy's face ever again. That girl used my wife. We thought she was genuine but when Ruby was in trouble, Mouni ne uska saath chhod diya. Jaise logon ke chehre badaltey hain, waise hi hua. We are seeing a new face of Mouni Roy; this is not the Mouni we knew."

"We perceived her as a genuine person, she has hurt Ruby's soul. Miss Roy, you left Ruby when she was at a low zero, today she is bigger than before. Ruby would do so much for everyone, she is so selfless; she would sacrifice her own food. There is no forgiveness for Mouni Roy from our side. I have told Ruby that if she ever accepts back in her life, I won't be around her, main toh phir gaya," he concluded.

For the unversed, Amit Tandon and Ruby Tandon got married in 2007 and share a daughter- Jiyana. She is a dermatologist and has a widely followed page on Instagram as well.

The couple went through a rough patch in their marriage when Ruby got jailed in Dubai in 2017 after she misbehaved with Dubai Health Authority as per reports. She was released from jail after 10 long months.

In the same year, the duo was contemplating divorce, however, they reconciled in 2019.

Singer Amit Tandon is a television actor as well.

His career kickstarted after his participation in the first season of singing reality TV show Indian Idol. Since then, he has starred in Kaisa Ye Pyar Hai, Dill Mill Gayye, Yeh Hai Mohabbatein and Kasam Tere Pyaar Ki.