'The Casino' review: Don't bet on this series by Karanvir Bohra, Mandana Karimi

"The Casino" has been billed as a thriller. For the sake of thrillers, if you cherish the genre, don't bet on this one. 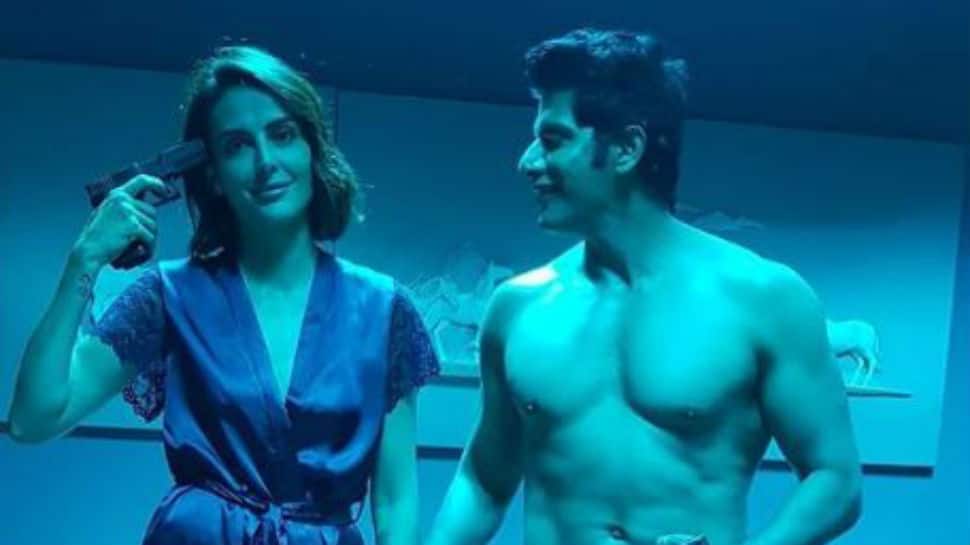 "The Casino: My Games. My Rules" (series streaming on Zee5)

This is precisely the sort of show that makes a case against OTT culture. It is almost as if all the gaudy glitz that cinema chucked out a while back, and the cliches that were beginning to look stale even on television, have found a new low-budget address for rehash on digital platform.

You realise polished thrills are not a priority here when you note the title of the show. "The Casino" would have seemed inviting enough. But they had to suffix it tackily to call the show "The Casino: "My Games. My Rules" (reminds you of something like "Jaal: The Trap", isn't it).

The irony is the games are not much worth a savour, nor are the rules of intrigue engaging. The level of boredom triggered off by inane writing is such that you would probably forget how it all started (and what all started) by the time all the episodes have played out and the show has ended (assuming you have patience to sit through).

A lot of strutting, posing and pouting goes on in the name of exuding 'swag' (it's about the bad, bad world of gambling, right?), as utterly amateurish direction propped by non-existent writing skills and ludicrous dialoguebaazi takes over. In fact, the plot is so all over the place that trying to pick up the pieces to present a brief synopsis seems quite a task.

Briefly, the series is about young Vicky (Karanvir Bohra) whose father, the millionaire Marwah (Sudanshu Pandey), is a casino czar in Nepal. As the show labours on, we understand a couple of things. First, Vicky gets the burden of running the casino and also protecting its interests from several others with rapacious intent. Secondly, Marwah's illicit lover Rehana (Mandana Karimi) has a glad eye on his son plus his casino.

So what happens next is -- well, not much else happens. That's about it for a 10-episode storyline (Deepak Pachori).

The show does not have a single smart plot twist. Drawing largely from Bollywood B-movies of the eighties, director Hardik Gajjar's focus seems to be on setting up formulaic drama to fill up the runtime. The random steamy scenes lack spark, while most of the forced action looks jaded. The editing is choppy in portions (did the actors shoot those scenes individually during lockdown?).

In a narrative that lacks creativity, the characters that the actors get to play out don't convince. Mandana Karimi looks gorgeous but she is simply too plastic to exude the required shades of grey with screen presence.

The joke of the show, though, must be Sudhanshu Pandey playing Karanvir Bohra's father. Donning amateurish make-up, Sudhanshu looks like the hero's father we used to see senior collegemates play out in campus plays. In a weird way, it all gels with the affected acting that the cast puts up, in trying to appear ‘cool'.

"The Casino" has been billed as a thriller. For the sake of thrillers, if you cherish the genre, don't bet on this one.