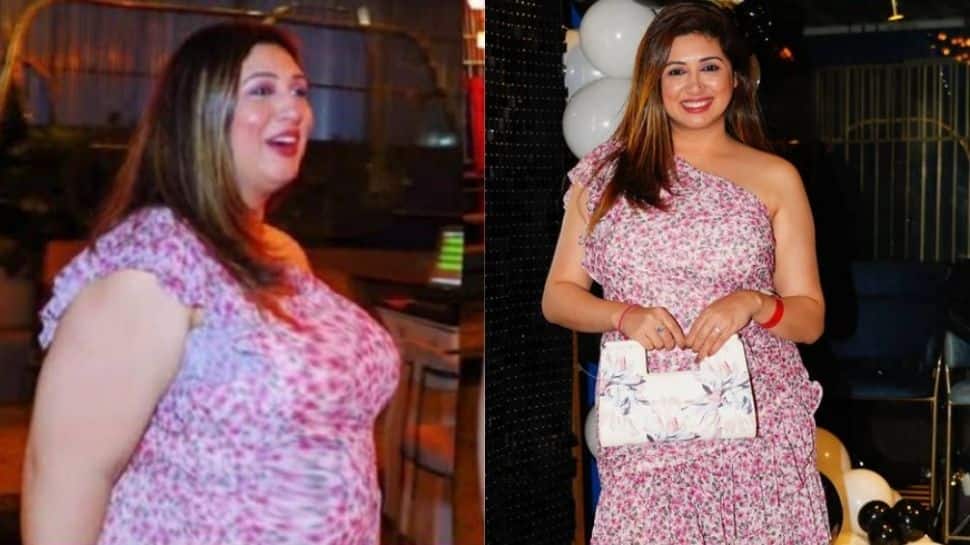 On Sunday (September 19), the actress took to Instagram to share a screenshot of the post and criticised the media outlet for editing her picture to get more clicks and views.

She had also shared the unedited, real picture in which she looks vastly different compared to the photoshopped one. The actress had revealed that the picture was taken on Saturday night when she was at a birthday party.

Along with the picture, she penned a long caption bashing the media outlet for the fake edit.

She wrote, "Spot the difference!!! This is the reason a certain section of the media are losing respect in our eyes. Last night I was at a birthday party and this is what a certain portal has done with my media bytes. The above pic has been clearly edited just to get a certain amount of views. What a shameful act by #Tvmasala Not gonna take this lying down. Defaming and Body shaming someone for views and likes will not be tolerated. I urge all the artists to put a stop to this shallow so-called journalism and be vocal about it. Enough is enough. SHAME ON TV MASALA."

Vahbiz Dorabjee starred in her debut television show Pyaar Kii Ye Ek Kahaani in 2010. She had played the role of Panchi Dobriyal until 2015. During her stint in her debut show, she was also working in the TV show Saraswatichandra in 2013.

Dorabjee, who is a social media content creator as well, had starred in Bahu Hamari Rajni Kant too as Maggie Kant.