The overall digital campaign successfully helped in achieving viewership targets and generating a buzz of ZMKD. 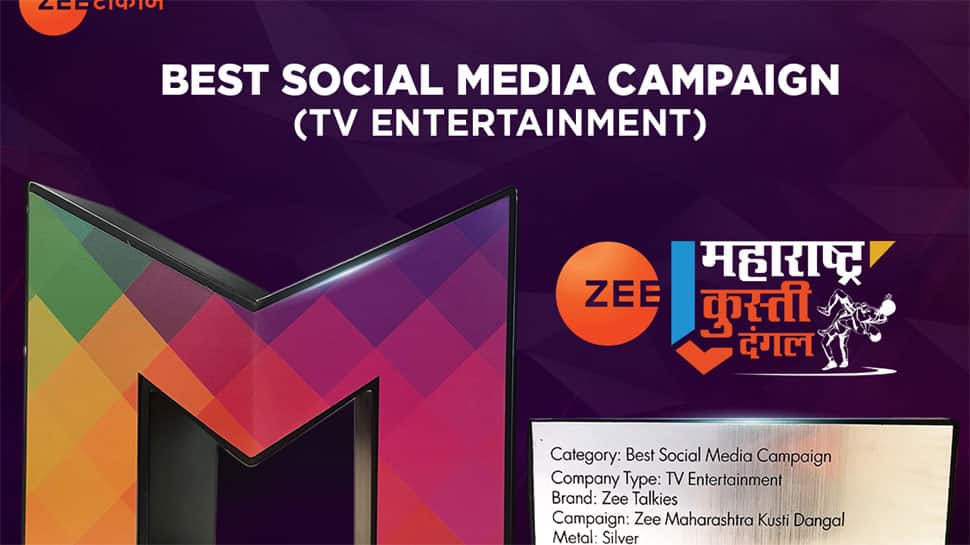 Zee Talkies struck 'silver', winning top laurel for excellence in Social Media Campaign at Afaqs Media Brand Awards of Zee Maharashtra Kusti Dangal in its maiden season itself. This was held on 19th July 2019 at New Delhi. Top brands were felicitated for their exceptional performance in media space. Zee Talkies, only regional movie channel to win the accolade.

Zee Maharashtra Kusti Dangal (ZMKD), first of its kind of wrestling league in Maharashtra, organized by Zee Talkies, aimed to take the game of values, emotions and sentiments 'LIVE' on television via franchise-based tournament of the traditional sport Kusti. The show brought together the best of international, national and local talent on a single platform for 17 long days with over 68 hours of power-packed live entertainment.

An exhaustive 360-degree campaign was planned to drive this initiative. Venturing beyond traditional media, Zee Talkies created a digital campaign of an equal impact to elevate the traditional sport of Kusti with a single-minded objective of popularizing the war cry - “Maar Musandi”. The campaign received an overwhelming response of 47.4Mn Reach, thus racing ahead of established leagues like Pro Kabaddi League (39Mn Reach) and Pro Wrestling League (4Mn Reach).

Some key highlights of the campaign are mentioned below:

No. 1 trending on twitter at an All India Level #zeemaharashtrakustidangal

Go-Pro camera was installed to create a real, raw and an edge-of-the-seat, enthralling experience of the game. This experiment became the first in the history of Kusti in Maharashtra.

The overall digital campaign successfully helped in achieving viewership targets and generating a buzz of ZMKD. The achievements of the campaign were unheard of in the Marathi genre. The countdown begins to the Season 2 of ZMKD and we aim to make it bigger and better. Stay Tuned. Aapla Talkies… Zee Talkies!