The cherry on the cake is that it also recorded the highest revenue monetization from this property. 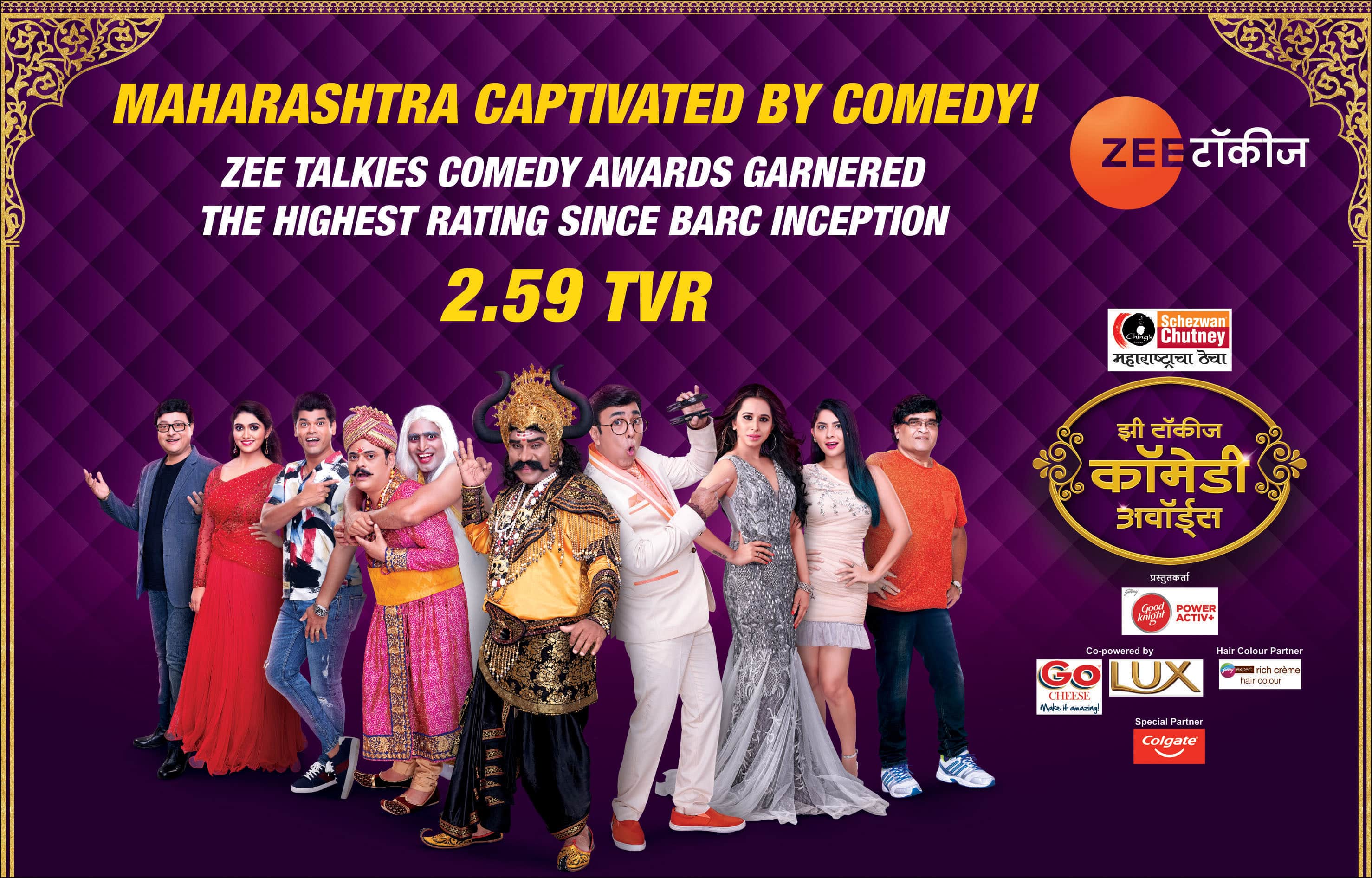 The cherry on the cake is that it also recorded the highest revenue monetization from this property. Not only that, with the support of ZTCA, Zee Talkies clocked a whopping GRPs of 131 and a remarkable TSV of 51.8, breaking its own record.

First of its kind, Zee Talkies Comedy Awards 2019 reached up to 1.56 Million people through its clutter-breaking promotional campaign clubbed with robust scheduling of promos. It paid tribute to the legacy and recognized the talent of comedy in Marathi Cinema and Theatre. This year, apart from renowned celebrities from the Marathi cinema industry, the event was also attended by the most celebrated actor of Bollywood – Dharmendra who felicitated Lifetime Achievement Award to the legends of Cinema industry - Shubha Khote and Viju Khote.

'Zee Talkies Comedy Awards' since it's last edition has also acknowledged the best of Comedy in Digital content in the all-new 'BEST COMEDY WEB NIRMITI' category. Besides this, innovative dance performances and Hilarious skits took the viewers on an entertaining ride.

In its 6th edition, the responsibility of choosing the winners was bestowed upon our esteemed jury, who themselves are true veterans in Comedy. Comedy King himself - Mr Ashok Saraf along with Mahesh Kothare and Sachin Pilgaonkar formed our steering committee.  Other Jury members included celebrated names like Vandana Gupte, Vidyadhar Pathare and Vijay Patkar who held the sole responsibility to choose the best across various film categories and nominations. While, Jyostna Das, Vishwas Sohony and Devendra Pem were responsible for the selection of the best from the theatre section.

All in all, the award function was a heavy dose of laughter and entertainment for the television buffs. With this, Zee Talkies has once again reinforced its positioning as a Film Entertainment Channel (FEC) and not just another movie channel - Aapla Talkies, Zee Talkies!