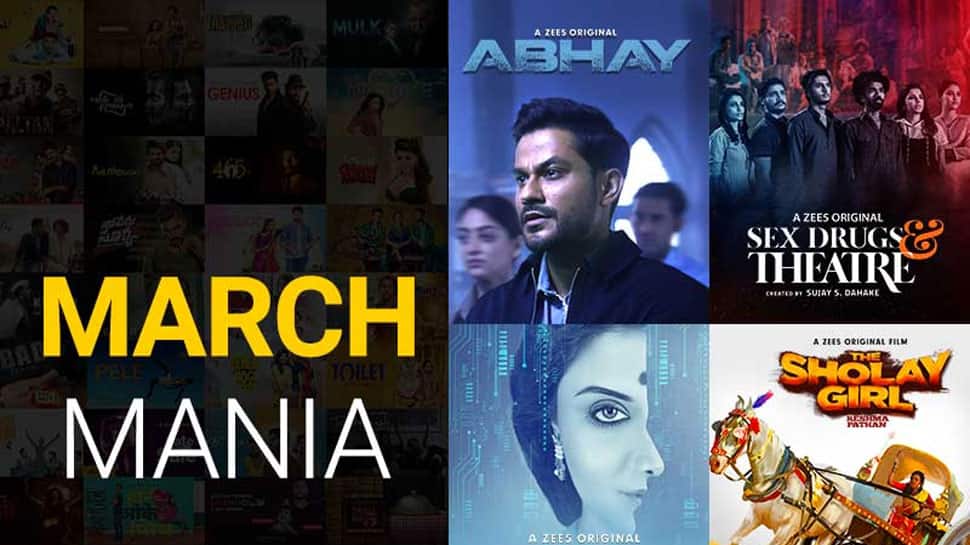 As part of its line-up of 72 originals for 2019-20, ZEE5 has unveiled an exciting set of Originals across languages premiering in March for its global audiences.

The Sholay Girl aptly premiered on 8th March 2019 and follows the journey of Reshma Pathan, the first stunt woman in the Hindi film industry who was the body double for Hema Malini. Few, except for die-hard 'Sholay'fans around the world know that she was Basanti's stunt double in the famous 'tanga' chase scene in the blockbuster film.

Mrs. Subbalakshmi is a Telugu Original about a woman who escapes from her workaholic husband but lands in the middle of a diamond heist. Lakshmi Manchu, Tollywood actor and television host, makes her digital debut in this hilarious new web-series.

Sex, Drugs and Theatre is a high strung, fast-paced Marathi Original created by National Award-winning film-maker, Sujay Dahake. The series is a coming of age tale about six college students on their journey to self-discovery.

Sec 377 is based on true events and will premiere on 19th March 2019. The movie follows the lives of five Individuals from the LGBTQ community who come together with a singular mission, to abolish the infamous sec 377 act

"With the launch of these Originals across multiple languages, we're further strengthening our presence across global markets. We have a lineup of 72 Originals this year, with definitive, edgy stories, and this will help us further build on the already phenomenal response we are getting across global markets," said Archana Anand, Chief Business Officer – ZEE5 Global