Created by award-winning producer Shabina Khan, Skyfire revolves around the unforeseen case of a boy from the slum disappearing. 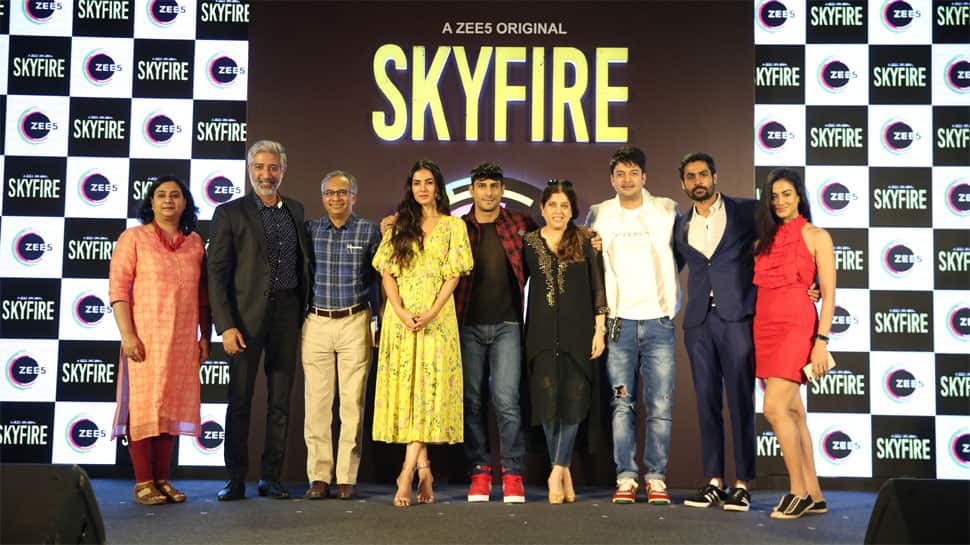 After the success of book adaptations like The Final Call based on Priya Kumar's book, 'I Will Go With You - The Flight of a Lifetime', Parchhayee – Ghost stories by Ruskin Bond and Hutatma based on a book by Meena Deshpande, ZEE5 has released its next original web series Skyfire. The eight-episode show is a first-of-its-kind sci-fi thriller in the Indian OTT space. It highlights the ecological disruption created by man and the aftermath humanity will face in the form of natural calamities.  Adapted from the bestselling book SkyFire by author Aroon Raman, the web series premiered 22nd May on ZEE5.

Created by award-winning producer Shabina Khan, Skyfire revolves around the unforeseen case of a boy from the slum disappearing, his search leads a historian and a journalist to strange and seemingly unrelated incidents, including warnings of natural calamities.

Author Aroon Raman said, "Skyfire was enjoyed by its readers and now with the web series streaming on ZEE5, the story will travel far and beyond. ZEE5 has a seamless reach and that is crucial for the message to be conveyed. I am quite excited to see all the characters of my book come to life on the digital screen."

Prateik Babbar said, "Collectively, we are responsible for the environment and we pay no heed to the warnings it throws at us. I have personally learnt a great deal while shooting for Skyfire and I am hoping with ZEE5's massive reach, we will successfully convey the message to audiences across the world. We have tried our best to ensure we do complete justice to the book in its cinematic form and do hope that viewers appreciate it as well."

Commenting on the announcement, Aparna Acharekar, Programming Head, ZEE5 India said, "We are tapping into a new genre and adding sci-fi to our content library. The book by Aroon Raman is extremely engaging and our endeavour was to transcend the same literary magic on screen. The crux of the story is important and of high relevance today. We have received a lot of positive feedback on the teaser and promo released as a lead up to the premiere and we are looking forward to the launch this month."

Did you notice this Indian actor in Game of Thrones?