ZEE5 lines up mega May for global viewers with Skyfire, Yours Truly, Thiravam and more

The line-up includes the World Digital Premiere of the Soni Razdan starrer Yours Truly. 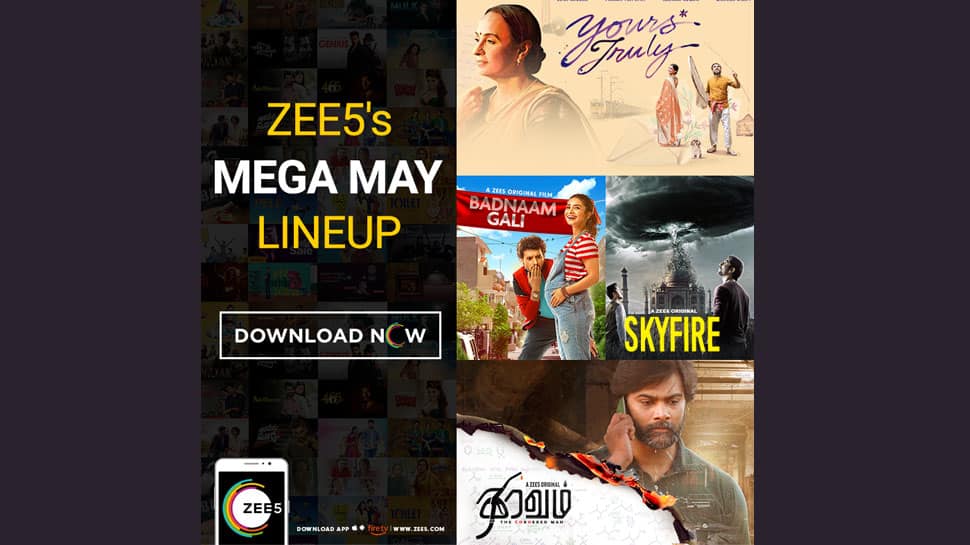 Global digital entertainment powerhouse ZEE5 has lined up a Mega May for its audiences across 190+ markets. The mega collection of movies and web series premiering this month ranges from romance and comedy to high suspense drama and action, all perfectly packaged on one single platform.

The line-up includes the World Digital Premiere of the Soni Razdan starrer Yours Truly and Originals like Badnaam Gali starring Patralekhaa and Divyennd, Skyfire, an edge of the seat sci-fi thriller based on the book by Aroon Raman, and D.A.T.E. starring Shakti Anand and Shama Deshpande.

Also premiering in May is Thiravam, a ZEE5 Tamil original starring Tamil superstar Prasanna in his digital debut as Ravi Prakasam, who invents a controversial herbal fuel and finds himself in the eye of the storm.

Commenting on the line up, Archana Anand, Chief Business Officer, ZEE5 Global said, "With our audiences spread across the globe and across segments, ensuring that we have a strong mix of content across genres and languages becomes very fundamental to our promise of bringing them the best of entertainment in the language of their choice. This month too, we've handpicked shows and digital premieres with very differentiated storylines like Yours Truly, Thiravam and Skyfire among others for our global audiences, which I'm sure they will enjoy greatly."