France`s Alize Cornet upset her top-seeded compatriot Caroline Garcia 5-7 6-1 6-4 at the Charleston Open on Thursday to set up a quarter-final with Kiki Bertens, who defeated qualifier Fanny Stollar in straight sets earlier in the day. 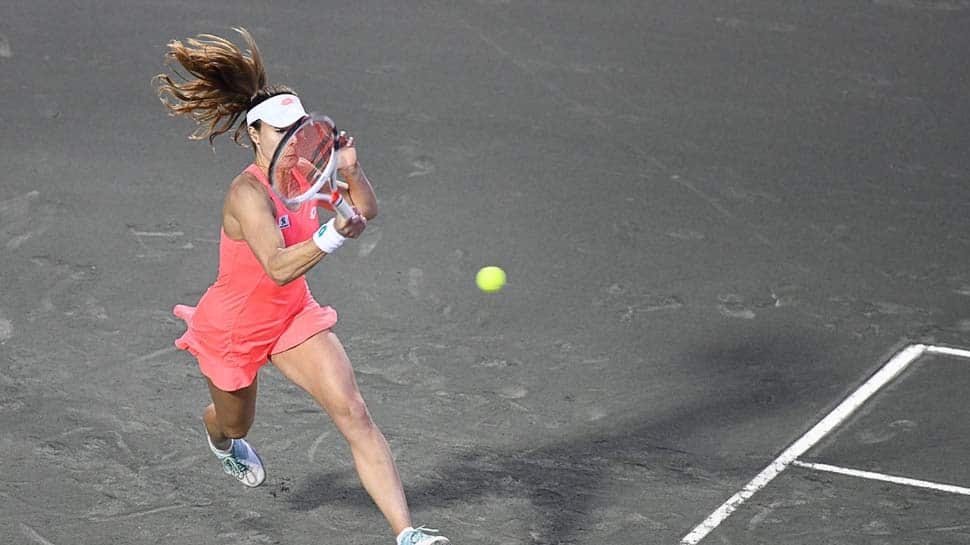 France`s Alize Cornet upset her top-seeded compatriot Caroline Garcia 5-7 6-1 6-4 at the Charleston Open on Thursday to set up a quarter-final with Kiki Bertens, who defeated qualifier Fanny Stollar in straight sets earlier in the day.

World number seven Garcia raced to a 4-0 lead in the first set before Cornet found her feet.

The 28-year-old Cornet, who excels on clay courts like the ones at the Family Circle Tennis Center, was able to break Garcia`s serve twice in second and third sets and cruised to the win as errors by Garcia began to pile up late in the match.

Cornet has won three of her four career meetings against Bertens.

Earlier in the day, Madison Keys defeated Italian Camila Giorgi 6-4 6-3 to set up an all-American quarter-final against 23-year-old Bernarda Pera.

After needing three sets to defeat Spaniard Lara Arruabarrena in her opening match, Keys was sharper on Thursday and said she felt confident heading into the quarter-finals, where she will face Pera for the first time.

"I feel like I have pretty good momentum," said Keys.

"I think I served really well today. There was a lot of things that I did well, so I think if I just focus on what I was doing well and what I need to do, then I`m not really concerned about who`s on the other side."

Pliskova dominated from the service line, winning 88 percent of her first serves while firing five aces.

Next up for the Czech is a quarter-final against Latvian eighth seed Anastasija Sevastova, who dispatched Australian Ashleigh Barty in straight sets.

Defending champion Daria Kasatkina needed just over an hour to power past Irina-Camelia Begu 6-2 6-1 to defeat the Romanian for the sixth time in seven meetings.

The 20-year-old Russian will next face fifth seed Julia Gorges in the quarter-finals on Friday after the German dispatched Indian Wells champion Naomi Osaka 7-6(4) 6-3.