Barty will now lock horns with the winner of another quarter-final clash between third-seed Elina Svitolina of Ukraine and eigth-seed Kiki Bertens of the Netherlands. 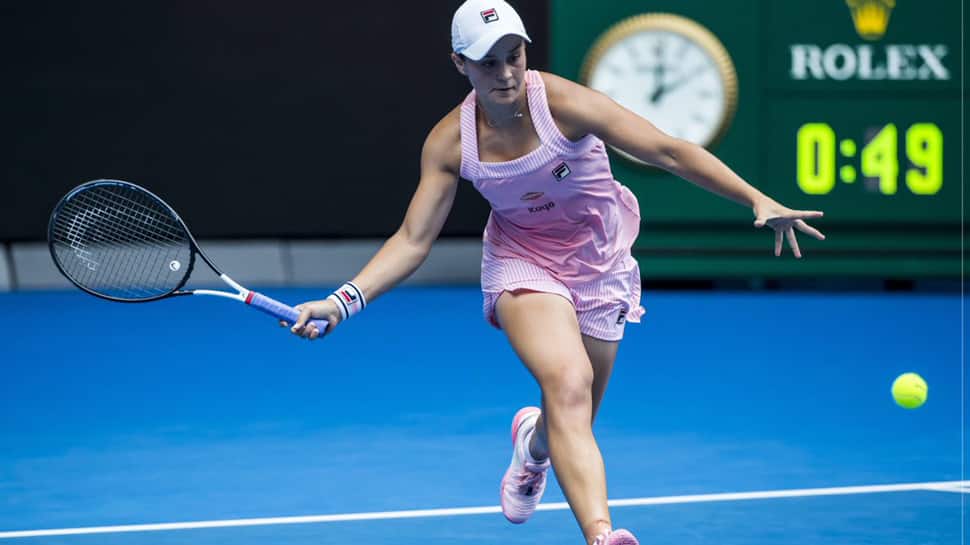 World number one Ashleigh Barty of Australia rebounded strongly from the first set down against No.7 seed Petra Kvitova of Czech to book her place in the semi-finals of the ongoing China Open on Friday.

After going down in the opening set, Barty bounced back to register a 4-6, 6-4, 6-3 triumph over Kvitova in a thrilling quarter-final clash of the women's singles event of the tournament that lasted two hours and eight minutes.

During the clash, the Australian tennis star smashed 31 winners while making just 20 unforced errors. Kvitova, on the other hand, fired 36 winners to 28 unforced errors.

With the win, Barty has now improved her head-to-head rivalry against two-time Wimbledon champion Kvitova to 2-4. Prior to this, US Open winner Barty had defeated Kvitova en route to her Miami Open title win in March.

Barty will now lock horns with the winner of another quarter-final clash between third-seed Elina Svitolina of Ukraine and eigth-seed Kiki Bertens of the Netherlands.