Federer, who beat Marin Cilic in last year`s final of the Australian Open, could meet the Croat in the quarter-finals, should the Swiss come through a potentially tricky fourth round against Greek prospect Stefanos Tsitsipas. 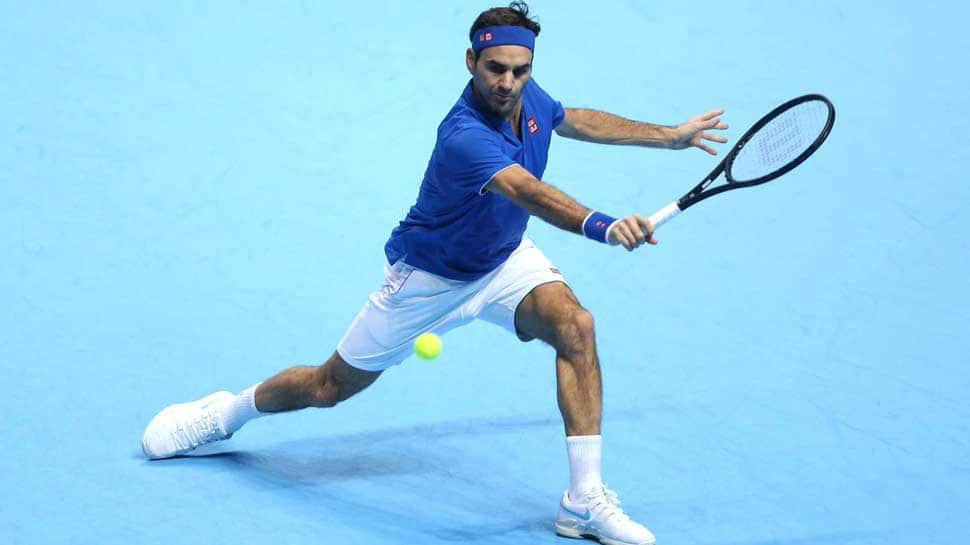 Double defending champion Roger Federer will start his bid for a hat-trick of Australian Open titles next week against unseeded Uzbek tennis player Denis Istomin, who caused a huge upset when he defeated Novak Djokovic in the second round two years ago.

The draw for the first Grand Slam of the season was made on Thursday and the top seeds could face some early tests of their title credentials when play gets underway on Monday.

The six-times Australian Open champion Federer, who beat Marin Cilic in last year`s final, could meet the Croat in the quarter-finals, should the Swiss come through a potentially tricky fourth round against Greek prospect Stefanos Tsitsipas.

The 37-year-old, seeded third, is bidding to extend his all-time leading men`s Grand Slam record to 21 titles and would capture a 100th ATP tournament win in the process.

"I always have tried to remind myself that this is a dream," Federer said of his longevity at the draw ceremony held at Margaret Court Arena, where he discovered the world number 99 would be his opening opponent.

Men`s top seed Novak Djokovic, who was defending his title when he lost to Istomin, will first meet a qualifier in his bid for a record seventh Melbourne title and third Grand Slam crown in succession following wins at Wimbledon and the U.S. Open.

The Serbian tennis star could then play a rematch of his 2008 final triumph over Frenchman Jo-Wilfried Tsonga in the second round, with a possible quarter-final against Kei Nishikori to follow.

Second-seed Rafael Nadal, who is under an injury cloud after pulling out of the Brisbane International, will open against unseeded local James Duckworth.

Last year`s semi-finalist Kyle Edmund looms as a possible fourth round match-up for the Spaniard, who could then face big-serving Kevin Anderson in the quarter-finals.

The 2009 champion Nadal, who retired hurt in the quarter-finals against Cilic last year, could meet old rival Federer in the last four should his body hold up.

In the women`s tournament, Serena Williams`s bid for a record-equalling 24th Grand Slam title and eighth at Melbourne Park will kick off against German world number 71 Tatjana Maria.

The American great, beaten by Naomi Osaka in the 2018 U.S. Open final after a fiery tirade against the chair umpire, faces a tough run to the quarter-finals, with top seed and last year`s finalist Simona Halep a possible fourth round encounter.

Halep, however, may be reluctant to look beyond the first round, having drawn her U.S. Open nemesis Kaia Kanepi.

Unseeded Estonian Kanepi knocked Halep out of the first round at Flushing Meadows last year, making the Romanian the first top seed to lose at that tournament`s earliest stage.

Venus Williams, defeated by younger sister Serena in the 2017 Melbourne final, also looms as a possible third round opponent for Halep.

Fourth seed Osaka faces Poland`s Magda Linette first up and may need to battle past twice champion Victoria Azarenka in the third round.

Defending champion Wozniacki, who broke through for her maiden Grand Slam title with victory over Halep in last year`s final, is in line to face former winner Maria Sharapova in a mouth-watering third round showdown.

"I can`t believe it`s been a year already," Dane Wozniacki said at the draw ceremony.

"To finally get that (title) here was so special, it`s the happy slam."

Second seed and 2016 champion Angelique Kerber, bidding for a fourth Grand Slam title, will open against Slovenian Polona Hercog, with a possible quarter-final against 2017 U.S. Open winner Sloane Stephens in the second week.