Djokovic, who picked up his 15th Grand Slam title with a victory at Melbourne Park, has crossed legendary player Pete Sampras' record of 14 Grand Slams titles. 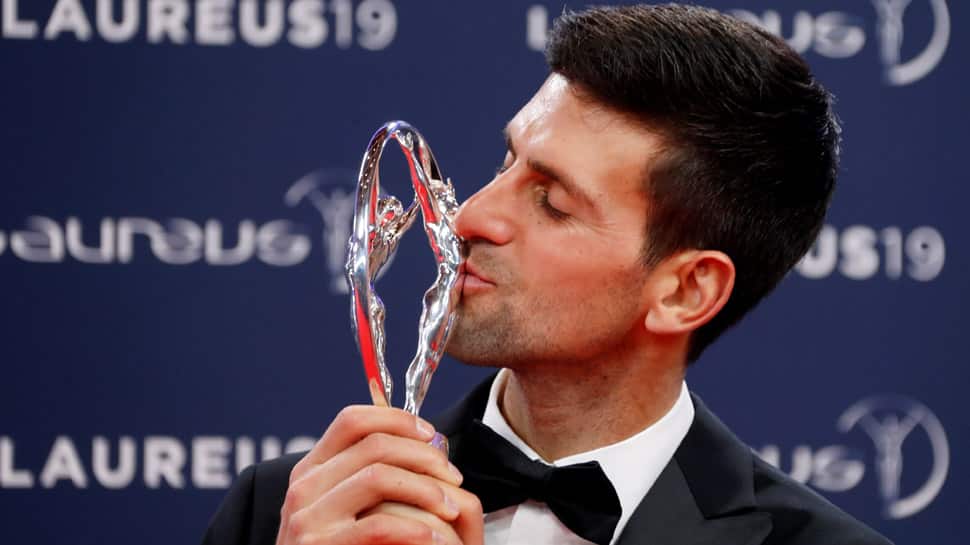 While world number one Novak Djokovic is looking forward to improve his game and get closer to Roger Federer's record of 20 Grand Slam titles, his former coach Boris Becker believes the Serbian maestro might not be able to equal the tally.

Talking about the possibility of Djokovic as well as Rafael Nadal surpassing Federer's record, Becker expressed doubt over the top-ranked player's chances.

The German tennis legend said that though Djokovic had recently clinched third successive Grand Slam title at Australian Open, the Serbian had experience two dry seasons between 2016 and 2018.

“The next question is ‘will Novak ever break Federer’s record?.The short answer is that there is a possibility but a lot of things have to happen," the Daily Express quoted Becker as saying.

“Yes, he won the last three majors but before that, he had a two-year dry spot," he added.

When quizzed as to how he expects Djokovic to react to his three consecutive titles, Becker said that the Serbian has a champions' mindset at the moment and, therefore, he should continue with the same in the upcoming events.

“For Novak, it is perfect at the moment. Therefore he is on his way and hopefully, nothing happens in the meantime. He has a champion’s mindset and that is something you never lose," Becker, who clinched six major titles between 1989 and 1996 besides also coaching Djokovic from 2013 to 2016, said.

“He has his work ethic back, as well as his discipline, his desire and his love for the game. When he is on, he is very very good," he added.

Djokovic, who picked up his 15th Grand Slam title with a victory at Melbourne Park, has crossed legendary player Pete Sampras' record of 14 Grand Slams titles.

He is third in the list of major championship trophies count, with Federer (20) standing at the top and Nadal occupying the second spot with 17 titles to his name.