Making a comeback for the first time since 2012, southpaw Sharan complemented senior pro Bopanna and wrapped it up with a forehand volley winner in the end. 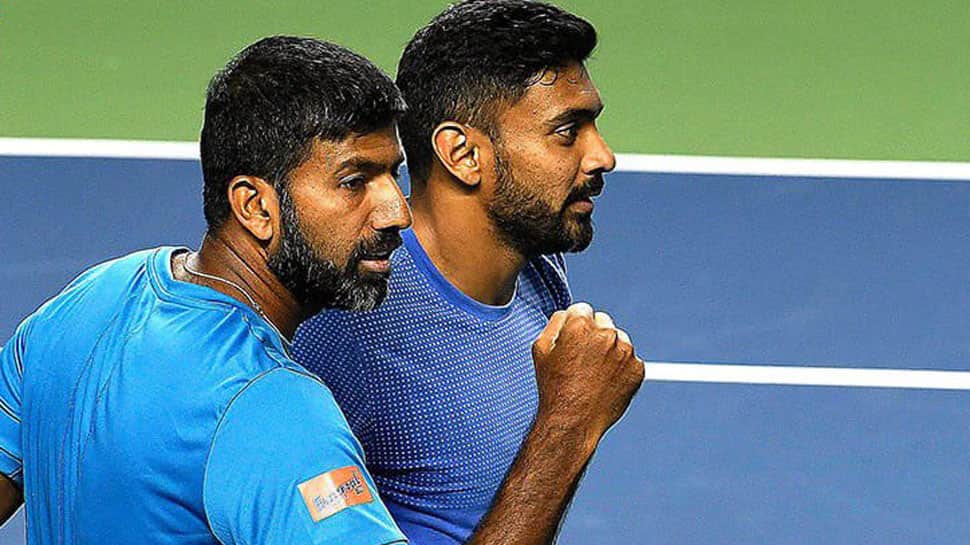 Living up to their reputation in the doubles, the Indian pair of Rohan Bopanna and Divij Sharan bounced back from one-set down to beat Italians Simone Boelleli and Matteo Berrettini and stay alive in the Davis Cup qualifier on Saturday.

In the must-win rubber, Bopanna and Sharan upped the ante by breaking newcomer Berrettini in the fourth game of the second set before sealing the match 4-6 6-3 6-4 at the Calcutta South Club.

Making a comeback for the first time since 2012, southpaw Sharan complemented senior pro Bopanna at every stage, wrapping it up with a forehand volley winner in the end.

Down 0-2 after losing their two singles rubber on the opening day, India will now look to make amends in the two reverse singles.

"We had good understanding and kept fighting," Sharan said giving credit to his senior partner.

Playing his third Davis Cup match, the Delhi lad said: "Yes, there was pressure playing for India. But it felt normal having Rohan by my side. I really enjoy playing on grass. I just kept it simple without trying anything extra."

Earlier in the day, Berrettini's sterling show in his debut on Friday earned him a spot in the doubles match in place of their top player Marco Cecchinato.

Berrettini, who had won the St Petersburg Open last year with Italian top-ranked Fabio Fognini, impressed with his big, powerful serves in the company of doubles specialist Bollelli who had won the 2015 Australian Open.

But gradually, Bopanna outwitted Berrettini by setting up the games for Sharan to seize on opportunities available with his accurate crosscourt returns.

The momentum swung in favour of the Indian pair after they broke Berrettini in the fourth game of the second set.

Sharan's fine volley into the open court was too much for the young Berrettini who hit the net while returning with a forehand.

What followed was a marathon ninth game that stretched to seven minutes. The pair first fended off a break point before getting a set point which they failed to convert.

Another serve to the backhand brought up another set point, which they finally converted with a volley directed at Bolelli, who hit the net on return.

It was Bopanna's experience that helped India prevail in the decider as the pair broke Bolelli twice after Sharan failed to hold his serve in the fourth game.

Germany, Australia off to strong starts in Davis Cup qualifiers