Kasatkina and Muguruza defeated Magdalena Frech and Dayana Yastremska, respectively to book a spot in the second round of the championship. 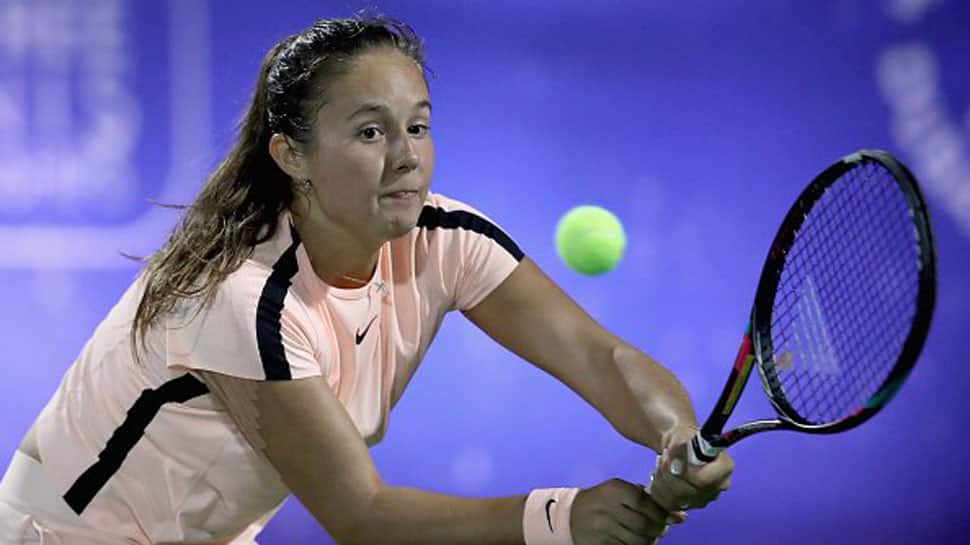 Russia's Daria Kasatkina, roared back from a break down in the deciding set to beat Polish qualifier Magdalena Frech 6-3, 3-6, 6-4 in the opening round of the Dubai Duty Free Tennis Championships on Sunday.

Before arriving in Dubai, 11th seed Kasatkina had lost all four of the matches she had contested this season and on Sunday struggled for the majority of the match against Frech, who was playing only her second top 20 opponent.

Trailing 0-3 in the final set, Kasatkina struggled to land her shots and eventually finished with a whopping 61 unforced errors.

But, the Moscow Open champion continued to back her aggressive approach and was rewarded when two consecutive forehands found the baseline to hand her a break in the seventh game.

Three backhand winners helped her fend off a break point at 4-4, before a string of powerful forehand ensured she claimed the final five games of the match to book a place in the second round.

Former world number one Garbine Muguruza was also forced to work hard for her 4-6, 6-3, 6-3 victory over Dayana Yastremska, recording her first win in three meetings with the Ukrainian teenager.

Muguruza put together a clinical performance, clinching eight out of 11 break points opportunities against Yastremska, who is the only teenager in the current top 50 at number 34.

The Spaniard will face China's Zheng Saisai in the second round.